Mascom Volleyball League defending champions, BDF VI, are on a mission to remain unbeaten in the first round according to their coach Selebatso Mabutho. The side has won all of their eight league games so far. The champions’ coach is targeting a winning streak similar to last year’s. They won the league without registering a defeat last season.

BDF are currently occupying fourth spot on the log standings with 27 points accumulated. However, they have two games in hand and they are the only side with a 100 percent winning record in the league. “Our aim is to go through the first round without a defeat. We have done it before and we are hopeful of repeating that feat. We have a good record against big teams in the league and that will motivate us to aim for the top,” said Mabutho.

They have beaten the likes of Police VI (3-2), Kutlwano (3-2) and Mafolofolo (3-0) this season. On Saturday, they continued their impressive form with a 3-0 victory over Spiking Stars at SSKB this past weekend. The match was more competitive than what the score line suggests. Stars gave the champions a stern test throughout the match. All sets were evenly matched as Stars commanded early leads but succumbed to BDF’s strong recovery powers. Mabutho’s men won 25-19, 25-21 and 25-21 respectively in three sets of the match.

The last set was the most entertaining as Stars were leading until the latter stages where they allowed their opponents to claw back into the game. “We played well because we prepared well for our opponents. Spiking Stars is a strong team and they are tough to beat and all teams in the league are aware of that. Next week we have to be at the top of our game against Diphatsa in order to get back to the top of the log,” continued the BDF coach. BDF collected six points this weekend despite playing only one match. They were awarded other points because Victory Seekers (their opponents) did not turn up. In another game played at SSKB, Kutlwano won 3-0 against Itekeng. 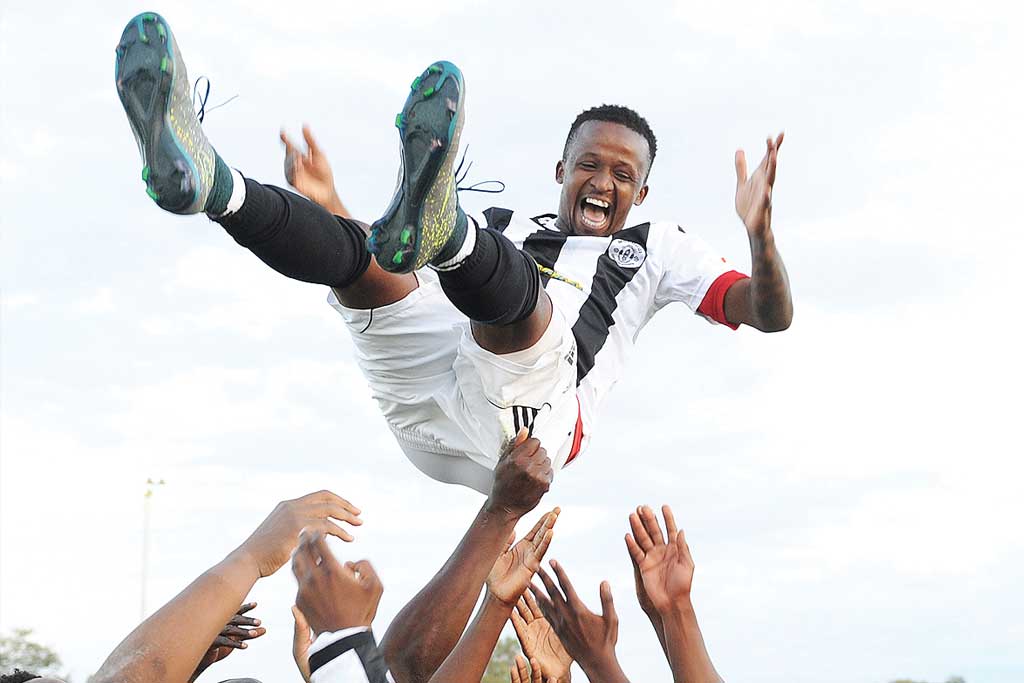