Recent developments in the labour movement suggest that Botswana Public Service Union (BOPEU) is on the brink of cutting ties with the umbrella federation, Botswana Federation of Public Sector Unions (BOFEPUSU). Days leading to the general election, a deep seated disagreement came to light BOFEPUSU and affiliated member BOPEU after the former resolved to openly endorse Umbrella for Democratic Change (UDC) at the general election. The endorsement did not sit well with BOPEU president Andrew Motsamai, who reportedly walked out in protest from a meeting held to discuss the matter. BOPEU recently announced that they had disinvested from Unigem, a company formed by the 5 public sector unions as an investment arm. It is further understood that BOPEU has since stopped paying monthly subscription to BOFEPUSU. A source close to developments from BOPEU explained that as of now they cannot confirm whether they are leaving BOFEPUSU now or in the near future; “We will only know during the first week of December if we are going or not because that is when we will be having our convention.” According to the source, the leadership of BOPEU is displeased with the way BOFEPUSU has been dealing with them like failing to discuss important issues with them but rushing to address media on the same, “They feel BOFEPUSU has launched an attack on BOPEU and that they are trying to discredit the union’s current leadership before their members.” Furthermore, the source says Motsamai wrote a letter to BOFEPUSU leadership seeking a meeting between the two parties to sort their problems. The source alleges that the letter among other things demanded an apology from BOFEPUSU and that they legitimize their mandate. “The two year term of the current BOFEPUSU leadership long ended on the 22nd September, and their mandate ought to be legitimized, but they are now quiet about it. What is their agenda for not calling a congress to legitimize it?” “We hear there is a meeting on Tuesday, and BOFEPU’s attitude will also inform us on whether to stay or leave. We will not back down on what we want.” Efforts to contact Motsamai were futile as his phone was off at the time of going to print. BOFEPUSU Secretary General Tobokani Rari denied receiving any correspondence. “I also heard about them having withdrawn their monthly subscription; maybe they is some element of truth in them being on their way out but as the SG I have not received any letter to that effect. To the best of our knowledge BOPEU is still our member and will only cease to be so once we receive their letter terminating their affiliation. For now all that we know on record is that they disinvested at UNIGEM for what they stated as a business decision,” he said. Unconfirmed reports doing the rounds indicate that BOPEU is headed for Botswana Federation of Trade Unions (BFTU). However, the SG, Gadzani Mhotsha laughed off the rumours but stated that if BOPEU decides to join them they would be welcome. 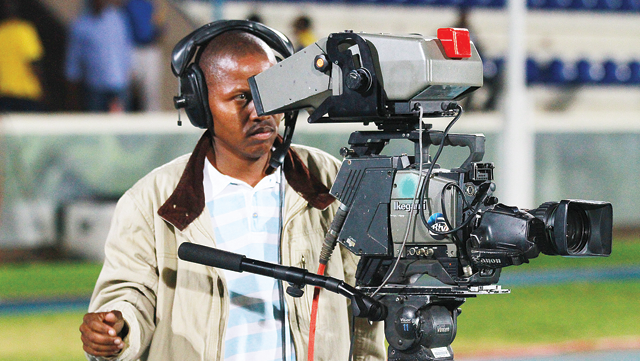