Farmers in the north will soon have a place to sell their produce as the Botswana Horticulture Market (BHM) opens doors in Francistown this August. Currently, the market is based only in Gaborone where farmers from all over the country take their products to for selling and distribution. According to Kealeboga Tumagole, a marketer at BHM, the Ministry of Agriculture (MoA) had granted them permission to use the market facility owned by the Francistown City Council (FCC), they have not been using it. He explained that BHM is an association formed by farmers from all parts of the country and is jointly owned by the Botswana Horticultural Council with a 51% stake and the Botswana Development Corporation which owns the remaining 49%.

“Currently, we have about 853 farmers in our system whose produce we sell and the bulk of it comes from the Tuli Block. We urge all farmers from the north to use this opportunity and grow fruits and vegetables and we will sell the produce for them,” said Tumagole.  According to Tumagole, the arrangement at BHM is that farmers’ produce is sold for them and BHM retains a 10% commission. The product remains the property of the farmer until it is sold. Farmers do not need to pay for transport to deliver their products to the market as this is taken care for them by BHM “This market is for farmers, we want to make things easy for them so that they concentrate on field work and leave the marketing and selling to us. We are also bridging the distance barrier by coming closer to them. We also want to change the current situation where farmers are just price takers; shops dictate prices for them and they have no choice but to take what they are being offered,” he said.

Senior Public Relations Officer at the FCC, Joseph Wasubera, confirmed that they are aware that the building had been given to BHM and that they recently visited FCC to ionform that they are starting operations soon. He said as FCC they are happy with the development as it will e provide farmers a place to sell their produce which is in the interest of the council to improve people’s livelihoods. 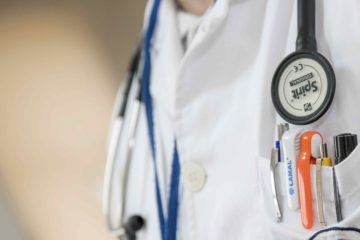