The Zone 6 Volleyball Championships will be held in Botswana after Swaziland pulled out of the event citing financial difficulties. The 18-team competition was slated to take place in Swaziland but they have now relinquished their position, leading to widespread speculation that the competition will be held in Botswana.
Information reaching Gazette Sport states that the Botswana Volleyball Federation’ (BVF)’s representatives held a meeting on Sunday to discuss the country’s hosting of the tournament. The competition will feature 18 teams and will be divided into the men and women’s divisions.

Zone 6 championships feature clubs that have won cup competitions in their respective domestic leagues. Botswana’s representatives will be BDF VI men and Kutlwano women; both sides were victorious in the Capital Motors Cup. Kutlwano defeated Mafolofolo 3-2 in the final while BDF defeated their counterparts Diphatsa 3-1.
In last year’s Zone 6 tournament that was held in Zambia, Kutlwano won the women’s division and collected gold medals for their efforts. The side also dominated the post tournament awards as Tracy Chaba walked away with two awards; the Most Valuable Player award and the Best Attacker accolade.

BDF VI obtained third place in the tournament plus a bronze medal. The club’s coach, Selebatso Mabutho stated in a previous interview that transport problems affected their preparations for the tournament. With home advantage at their disposal, both teams can be confident of having another successful tournament.
Hosting the tournament will boost both local sides as there was an element of uncertainty of them travelling to Swaziland. An attempt to draw a comment from the BVF resulted in a limited response as they could not confirm nor deny that they would host the tournament. 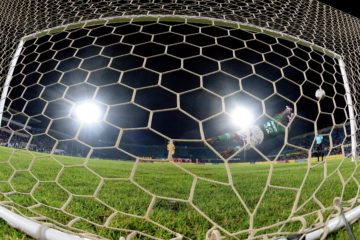