Botswana has done a lot to position itself as an attractive destination for Foreign Direct Investment (FDI), with the largely celebrated good governance as the basis of securing that investment. Even with a long stability and a strong guarantee of property rights, the country still struggles to attract as much FDI as some of her less stable and economically solid African counterparts.

The FDI disconnect is explored by Economists at Econsult, Keith Jefferis, Bogolo Kenwedo and Thabelo Nemaorani  in their 2014 quarter 2 review.  They states that most developing countries aim to attract inflows of Foreign Direct Investment (FDI), partly because of the financial resources that it brings but more generally because it aids economic development and integration into global markets. “FDI can be loosely defined as primary investments made by an economic agent based in one country, into a new (or expanding) entity in another country.”

These ranking were attained not for the lack of trying as a lot of efforts by the country’s Ministry of Trade and Industry over the last few year to reduce red tape in doing business in the country. The Botswana government has also gone at lengths to investment in infrastructural development including expanding and building road networks and other major projects such as dams. The country has even investment over P500 million on undersea fibre optic cables to increase connectivity and expand broadband accessibility. Even with such efforts, Botswana is struggling to get much traction on the FDI space.

The country lags well behind Africa’s largest recipient of FDI and neighbor South Africa, regional counterparts such as Zambia, even less stable countries such as the Democratic Republic of Congo attract more investors.

The review observes that the country’s success with the trade surplus created by the high valued diamonds exported maybe one the several possible explanations of the lack of FDI inflow.
“Historically, Botswana has always realized surpluses on the current account of the balance of payments. This in turn means that the economy has a surplus of savings over investment, and does not – in macroeconomic or financial terms –need inflows of foreign capital.”

The economists observes that even with such trade surplus on paper, it does not mean that the country does not need FDI as it can be the source of growth and largely contribute to the country’s push diversification from its mineral wealth.

“Botswana needs the externalities that come with FDI links to markets, new technologies, business expertise etc. – all of which are absolutely crucial in developing essential new export activities” the economist observes.  The review further states that Botswana could simply just be too expensive to do business as compared to her African counterparts. “Botswana’s low FDI may also be due to the high costs of doing business. It is important to recognize that ‘competitiveness’ reports do not measure competitiveness in terms of whether Botswana firms can produce goods and services at a lower cost than firms in other countries. The review however highlights that more work is needed on cost comparisons and profitability in Botswana and elsewhere, but initial work suggests that certain costs are high in Botswana, such as labour costs (both skilled and unskilled) relative to productivity, transport, and internet connectivity.

The productive issue relative to pay as arisen as a major concern for economic progression. Even the country’s productivity institution, Botswana National Productivity Centre, BNPC, has raised concern about it. Productivity and Quality Programme Manager Teedzani Majaule told a gathering of experts at the centre that a work ethic survey conducted amongst investors in the region shows that Botswana fared worst amongst her SADC counterparts. Majaule said the largest problem comes with government bureaucracy and its inefficiency which is questioning the country’s destination of choice image. 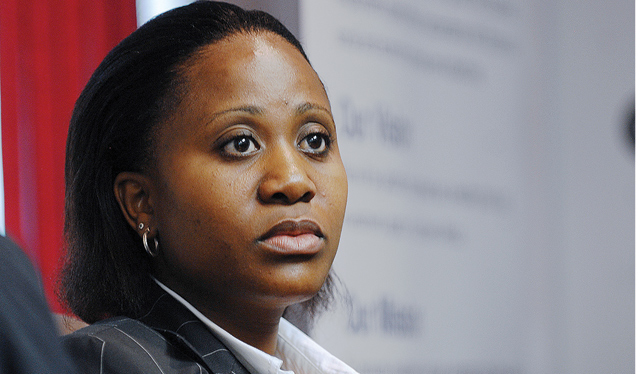