It is our respectful view that the establish-ment of electoral boundaries is a critical component of the electoral process since it has direct and bearing on the result of the elections. Elections are an integral part of democratic dispensation through which people constitute a government of their choice. Voting rights lie at the root of parliamentary democracy, sometimes regarded as fundamental human right. Thus electoral systems must of necessity determine how votes are cast and seats allocated. Critical to this aspect of electoral systems in the procedure of conducting elections without undermining democracy. As we ponder on the question, who should delimit constituencies and seek to address the ambiguity identiﬁ ed by the 2012 Delimitation Commission (the DC), we must be mindful of the constitutional scheme set out in our Constitution. In trying to remove that ambiguity, we must be mindful of the fact that no provision is to be found in the constitution which gives the power to divide Botswana into as many constituencies to any authority in explicit language. Equally too, no provision is to be found in the constitution depriving the DC of this power.

There is a possibility that the Constitution gives power, implicitly, to both the DC and Parliament to divide Botswana into as many constituencies as there are Elected Members of the National Assembly. For parliament, such provision is to be found in Section 64 (2) (a) as read with Section 86 of the Constitution. As regards, the DC is to be implied from Section 65 (1); 65 (2) and 65 (4) of the Constitution. Parliament’s implicit power to divide the Botswana into as many constituencies is curtailed in terms of Section 86 by the use of the words “subject to the provisions of this Constitution.” the provisions of which parliament’s power will be subject to no doubt include but not limited to Section 65 (1); 65 (2) and 65 (4) of the Constitution. On the contrary the DC’s power appears unqualiﬁed.The setting up of an independent body bythe framers of the constitution was an important recognition to the electoral process of delimiting constituencies in a true representative democracy. Such a process ensured that political inﬂ uence could not come to bear on electoral process.

We think it important for the Commission to assert that political neutrality by determining that where it deems necessary, having done the consultative ﬁeld work, to alter and increase the number of seats of elected Members of the National Assembly, it shall do so whether or not provision has or has not been made for the alteration of the number of seats of elected Members in the National Assembly. The functional approach reminds us to be mindful of which body or authority is best suited to exercise such power given the exigencies of the twentieth century state. 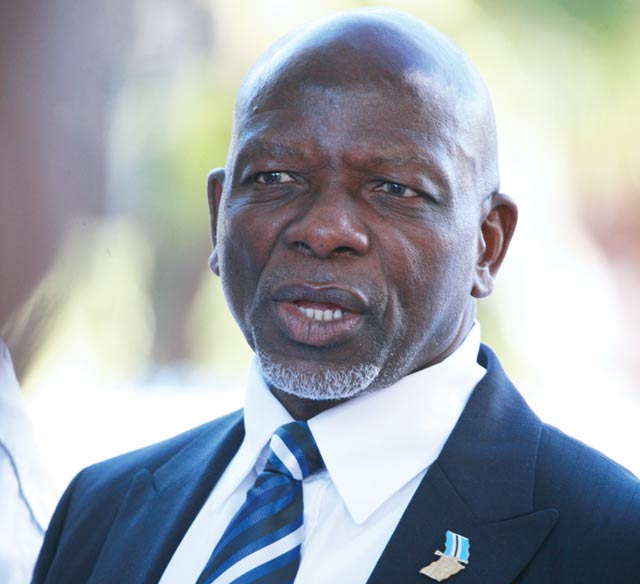