Walk-outs by opposition MPs are a common phenomena in Botswana as happened in mid July 2011 when Botswana Democratic Party (BDP) MPs rejected a motion requesting that the reinstatement of sacked essential service workers be given priority and on 21 November 2013 in protest of a decision to postpone the Francistown West bye election. The recent walk-out was on 4 December over the composition of parliamentary committees. In essence, they contend that the BDP dominates the committees and, hence, this flouts the principle of equal and fair representation. Reportedly, they have vowed to disengage from 23 parliamentary committees until the constitution of these bodies demonstrates equal and fair representation. At the same time, the Umbrella for Democratic Change’s (UDC) leader stated that the disengagement would result in a paralysis because the committees cannot function without Opposition MPs and that this will stall government business. Without a doubt, this will be the ultimate result of the disengagement. Who is the victim? Clearly, it is the citizens and the question is, is it good to punish them through such disengagements?

In a democracy, political parties are free to engage and disengage from the political process using whatever method they choose. As a consequence, we are not befitted to assume self-righteous airs and pronounce on the appropriateness of a particular form of engagement or disengagement. Through the recent walk-out, the opposition MPs chose to disengage from 23 parliamentary committees. It is their prerogative how they decide to register their displeasure. However, democracy will suffer a reversal if this state of affairs continues. It is common cause that in a democracy, parliament plays multiple roles: e.g.: legislating and exercising horizontal accountability over the executive. Thus, an effective parliament is one that freely makes laws, provides oversight and demands accountability from the executive. Parliamentary committees provide a forum to scrutinise the executive and also exact accountability. Beyond sitting, these committees produce reports and recommendations that the executive must action. In Botswana, Standing Order 98 [Part Xi]; Committees, provides for the creation of parliamentary committees. As per 98(1), Standing Committees shall be created for the life of a Parliament; Sessional Select Committees shall stand dissolved at the end of each and every Parliamentary Session; and Special Select Committees are appointed by the National Assembly Order on a motion to consider the terms of a bill or any other purpose; and Portfolio Committees are created for the life of a Parliament with a special sectoral mandate. Regarding the constitution of select committees, this is provided for in standing order Standing Order no. 100 under Constitution of Select Committees. 100(1) provides that ‘every Select Committee shall be so constituted as to ensure as far as is possible that the balance of the parties in the Assembly is reflected in the Committee’. Unfortunately, the term ‘the balance of the parties in the Assembly is reflected in the Committee’ is not defined. In any case, Standing Orders can only provide a general guideline; for example, fair and equal representation. That is, the Standing Orders can only lay down the general principle and political parties must work out the details. Due to this situation, ‘fair and equal representation’ is differently interpreted by different parties. For example, on the one hand, the BDP is expected to assert that the composition of committees represents the balance of the parties in the Assembly. On the other, the opposition is expected to argue otherwise (as it forcefully does).

Ending, the opposition parties’ disengagement from parliamentary committees will have dire consequences. Therefore, it is best for them to engage with the BDP regarding how to ensure equal and fair representation in parliamentary committees. At the same time, there is a need to dialogue on the usefulness of these committees. They produce reports and recommendations but the executive rarely actions their recommendations. Thus, even if the committees were constituted as to reflect fair and equal representation as the opposition wants, they would still be ineffectual. Hence, the walk-out by the opposition MPs is only a symbolic fight. The war is to correct the imbalance between the executive and legislature. Parliament is very weak and subject to the whims and caprices of the executive.

Rise of the Selfie monopod 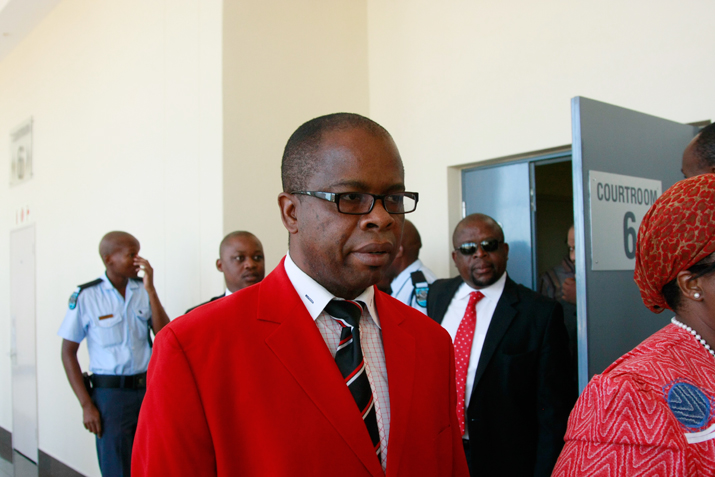