Recent changes at the top echelons of the public service have sparked uproar from some quarters and bred possible divisions among some of the public service’s lieutenants. The nomination of former Permanent Secretary to the President Eric Molale as Member of Parliament and his subsequent appointment to the all-powerful Ministry of Presidential Affairs and Public Administration has bred discontent among Botswana Democratic Party (BDP) foot soldiers who feel they were sidelined in favor of a career civil servant who has not earned his striped toiling in the party structures. In the public service, Molale’s appointment paved the way for Carter Morupisi to take over as the nation’s top civil servant. Morupisi was elevated from the Directorate of Public Service Management (DPSM) where he made way for Ruth Maphorisa, who completes the all powerful tri-partite that controls Botswana’s public service: Molale, Morupisi and Maphosisa. Sources from within government enclave have revealed that Morupisi has always been Molale’s blue eyed boy while Maphorisa has been a close ally of the two. The appointment of the three as head honchos of the public service has bred discontent among some permanent secretaries who believe they were overlooked even though they were more competent. “This has been going on for too long and we must speak out. We want to know the criteria that was used to appoint these people. Career advancement and promotions should not be based on personal relations, loyalty and party affiliation but rather on merit,” they said. They have also questioned the advancement of some public servants to positions of directors and permanent secretaries even though they don’t have the necessary competencies and merit. Their biggest concern is that the integrity of the public service is being compromised as competent personnel are side lined, which has demoralized those who value ethics and professionalism. Morupisi ‘s wife contested the BDP primary elections and later lost the general elections amidst condemnation from trade unions that her husband was heavily involved in her primary election campaigns while simultaneously raising issue with public servants’ involvement in politics. When he was nominated special member of parliament, Molale was still a public servant, which has also fueled the thinking that government was applying double standards in its decree for public servants to remain apolitical. Molale’s detractors point out that the tri-partite will crumble the administration of the public service. Their reasoning is that during Molale’s reign as PSP the civil service became disorganized and demoralized. Similarly, they said, Morupisi only bred controversy at DPSM while Maphorisa was considered by unions to be a stumbling block to progress and objectivity at the Public Service Bargaining Council (PSBC). “The appointment of Morupisi and Maphorisa reeks of
control by Molale. Clearly he wants to continue having an iron grip on the government enclave while he is at the helm of Ministry of Presidential Affairs and Public Administration,” said one permanent secretary. However, Molale is admired and revered as much as he is despised. Many consider him to be a survivor and schemer who maintained his position under both Presidents Mogae and Khama despite their divergent approaches to administration. His survival is credited to his ability to read the needs of his masters and go on to please them, ingratiating himself as an indispensable manager until he becomes the nucleus of the reign. “Molale is the modern day Louis Nchindo. He has masterminded the the dynamics at government enclave and has his pulse on the thinking at cabinet,” they said. Asked to comment on the allegations leveled against her, Maphorisa said anyone who is unhappy with her appointment should seek an audience with President Ian Khama. “He is the one who appointed me. I did not appoint myself.” Morupisi would not be drawn into the discussion. 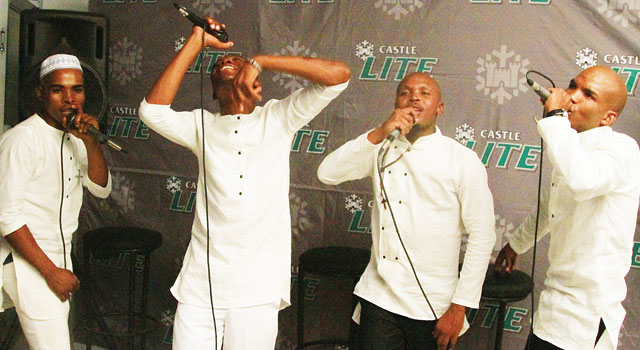