November 20, 2020 Admin
Home»Uncategorized»Op has not yet responded to udc petition
Uncategorized

Umbrella for Democratic Change (UDC) Parliamentary Spokesperson, Phenyo Butale said the Office of the President has not responded to the petition they submitted last month on issues of water and electricity shortages.

Butale added that they demand accountability from government because the country was expected to supply other countries with electricity by now, but it is failing to even meet local demand.

“The Office of the President (OP) has not responded to our petition and we are still waiting for them to respond,” he said. According to Butale, President Ian Khama does not respect Batswana as he sent a junior most officer from OP to receive the petition on his behalf. “What the president did showed a lack of commitment to the nation,” he charged.

Butale said they included in their petition alternatives like having an independent power and water regulator to ensure that those who have money can invest and also form a board that will ensure that their investments benefits them. He said in other countries there are those who generate electricity and those who ensure that it is taken to the people which the government should try to do rather than doing everything. He added that the government’s failure to respond to their petition is consistent with how the government treats Batswana. “It appears as if Batswana have no right to question the decisions of their government yet we pretend to be a democratic nation,” said Butale. He quashed comments by some ruling party activists that few people turned for the march. “As if those few people are not entitled to holding a view or an opinion on the decisions of their government,” he said.

Press Secretary in the Office of the President, Gobe Pitso, who received the petition, questioned its authenticity. He said that the petition did not come with any signatures and the issues raised in the document were already being addressed by government. “The question as to why the petition has not been responded to is a good one, but the real question should be; was the document authentic because it did not have signatures, and did it raise issues that are not already being addressed,” said Pitso.

Was Water Utilities criminal in its actions? 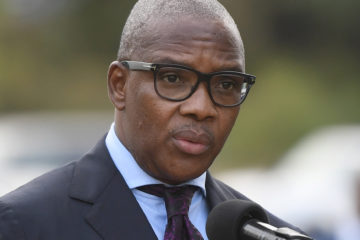