Nestle has been implicated in  deaths and suffering of infants through aggressive marketing practises which violate Botswana’s regulations on infant food and nutrition: It is also accused of exeggerating the benefit of formula milk against breast feeding which is promoted by the Ministry of Health
A name and shame report by an International Baby Food Action Network (IFBAN) has implicated Nestle in the death and suffering of infants around the world by the aggressive marketing of baby foods in breach of international marketing standards.
The report titled “Evidence of Violations of International Code of Marketing of Breast milk Substitutes and Subsequent Resolutions” exposes aggressive marketing practices of Nestle baby milk in ways that undermine breastfeeding and break international marketing rules. The company has also violated about 10 regulations of Botswana’s Marketing of Foods For Infants and Young Children Regulations Act, according to the report.
The baby food industry watchdog is a coalition of 200 citizen groups in 95 countries. Its report shows how the 16 largest baby food companies continue to ignore international recommendations adopted to protect infants and young children the world over, and that babies who are fed on formula are more likely to become sick than breastfed babies and, in conditions of poverty, are more likely to die.
“Despite this, Nestle promotes its formula around the world with the claim that it ‘protects’ babies and is the ‘gentle start’. It also misleads mothers who use formula and does not provide the information they require to reduce the risks of formula feeding,” says the report.
The IBFAN records reveal that Nestle South Africa drew up a 300 page long Standard of Operation (SOP) manual to, “guide its staff and distributors on how to breach the Botswana law through deliberate misinterpretation and no-disclosure of salient features of the law.”
HOW THEY DO IT?
WRONG STATUS- the 300 page SOP manual which this publication is in possession of- refers to the Botswana regulations as the “Bot code”; this is significant because compliance with law is mandatory while a “Code’ is voluntary and unenforceable by law.
“Therefore, how Nestle plans to train its staff to comply with the code without getting legal status right defies comprehension,” IFBAN comments in the report.
WRONG DOCUMENT– the SOP manual does not explain Botswana law but instead bases its instructions on the South African code and a narrow interpretation of the international code. The Botswana regulations are stronger than both codes in many respects, but this important fact is never brought to light, says IBFAN.
WRONG SCOPE– Nestlé manual only focuses on infant formula ignoring the definition of ‘designated products’ on the Botswana Law, which covers special formulas, follow up formulas, complementary foods and the catchall clause “Any Product Marketed or Otherwise Represented As Suitable For Feeding Infants and Young Children.”
In twenty four pages of the SOP manual where Nestle details its specifications of the types of donations that it offers and procedure forms of procuring such donations, Nestle violates reg. 8(3) b of the Botswana law which prohibits promotion and advertising “such as rebates, special displays to promote sales, prizes, gifts and giving of samples to mothers.”
In its conclusion IBFAN alleges that Nestle was engaged in a deliberate and systematic disregard of the law of a sovereign country.

FACT FILE
The World Health Organisation estimates that 1.5 million infants die around the world every year because they are not breastfed, hence the increase in infant mortality and morbidity.
According to the United Nations Representative in Botswana, Anders Peterson, statistically Botswana has reached all the Millienium Development Goals (MDGs) except reducing child mortality and improving maternal health.
According to the UNICEF State of the World’s Children report, in Botswana, only 20.6% of babies are exclusively breastfed at 6 months (Infant mortality 43/1000 & Neonatal mortality 22/1000).
ADVOCACY
Advocacy group La Leche League International’s leader Magdalena Whoolery now based in Botswana says formula companies have a long history of undermining breastfeeding, “When breastfeeding rates go down, infant mortality goes up. La Leche League has no agenda other than to help mothers to breastfeed through mother-to-mother support, encouragement, information, and education, and to promote a better understanding of breastfeeding as an important element in the healthy development of the baby and mother.”

‘We are not targeting SA retailers’ – Seretse 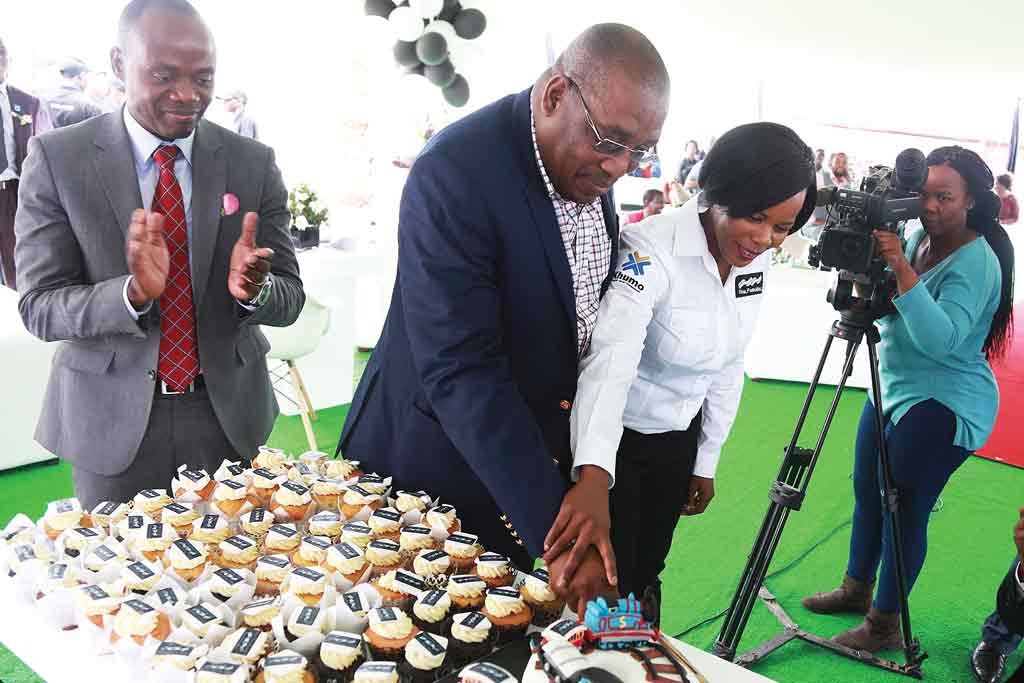