October 14, 2020 Admin
Home»Uncategorized»The social media revolution – is it right for you?
Uncategorized

It is a fact, at this point, that in this world of the mighty Internet and the digital age proving its merits at every turn, Facebook and Twitter are powerful tools. Every Marketing Manager or bright eyed intern will tell their MD that they desperately need a Facebook page in order to communicate with their customers. We’ve all heard the stories of how well our competitors are doing purely on the basis of their strong social presence, and there are, indeed, brands across the world that have outdone themselves in this area, from the Ford Explorer Facebook reveal to Maersk.

In Australia, even the government has taken to the popular social media site, with citizens receiving their court summons via Facebook as this is deemed more effective than more traditional routes. I’ll leave it to you to decide whether their content is worth it or mind numbingly boring. Having a Facebook page for the sake of having one isn’t really enough. To be perfectly honest, what most people put on their Facebook pages is downright strange and often pretty, and shocking. It’s called a “social network” for a reason. Key word being social. Last week we already touched on rethinking what kind of content you put on your personal page before karmic synergy comes back to bite you in the butt later. The same goes for brands, though. Your social media platforms, and indeed your digital strategy as a whole, are meant to be interactive, engaging, and conversational. You shouldn’t just aim to be viral, racking up “likes” and retweets by the thousand; rather, you should aim to be amazing. So if you want to bore your mates at the bar, tell them about your vision and mission statements. However, if you want to engage with them give them a funny interesting fact.

Let me stop here for a second as this is not the topic I really wanted to talk about this week, but it does help to introduce what I would like to get across about Social Networks. Of the one billion users on Facebook, on average less than 20% have university degrees and close to 50% are over the age of 45. Facebook, if it were a country, would be the third largest in the world. Social media has climbed its way to the top as the number one activity on the web. Why is this interesting? As a marketer and a communications consultant, it is always good to know precisely whom you are talking to, how you need to talk to them, and how to truly engage them. The launch of the Ford Explorer, for example, was done via the brand’s Facebook platform.

The launch generated more online traffic than the now infamous and highly coveted Superbowl adverts. Social media management, when done correctly, has the power to be transformational, amazing, and indeed inspired. However, the message I’d like to get across is the fact that not fully understanding the users of social networks and their interests is a dangerous thing for a brand. The great big WWW can be mysterious, powerful and revolutionary, but it also has the potential to be disastrous. Before you launch your business head fi rst into the brave new world of social networks, identify and explore a platform that appeals to your primary audiences; figure how they prefer to be communicated with. Do the recon work. Facebook has its placeand so does Myspace, LinkedIn or Reddit and you need to fi gure out what works best for you. At Hotwire, we took our time getting into the digital space for our own brand in order to ensure that when we ultimately made the leap, we were as prepared as we could be, both in exploring how we wanted to approach this new platform, whom within the 1billion on Facebook and 200 million

Twitter users we wanted to communicatewith and how. It isn’t enough to simply set up a page and post a few things here and there; you need to engage consistently and effectively. It’s following this legwork that our Facebook(www.facebook.com/hotwireprc) and Twitter (@HotwirePRC) pages are now one of the fastest growing in this market, and certainly
in the local communications industry. It isn’t about “likes” or the number of followers, but about knowing that our social media fans can reliably come to us for insightful content that gets them thinking andallows them to have real discussions with us.
Like most things in life, social networks have a time and place if you want maximum effect. There is a great deal more prep work than you might imagine, and you had better consider that before you take your brand to the inescapable web being hit by that almighty karmic chaos because of a few silly posts a few months back. After all, isn’t that the intriguing danger of social media? That a single click can change everything. Share your thoughts with us: #BinnsOnBrands, @kabelobinns, www.hotwireprc.com, FB HotwirePRC 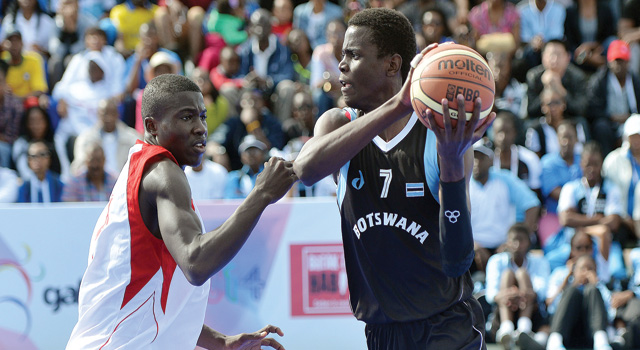