The Member of Parliament for Francistown South, Wynter Mmolotsi, on Saturday revealed that as Members of Parliament for the Umbrella for Democratic Change (UDC), they do not want security in Parliament as their counterparts from the ruling Botswana Democratic Party (BDP) have suggested. He said this might be a strategic move by the current government to eradicate them using the Directorate of Intelligence and Security Services (DISS). He said this in a rally in Tati Siding where they welcomed 497 new members to the Botswana Peoples Party.

“We are worried that this might be a deliberate move by these people to get rid of the 17 of us since we know the DISS is going to be the one assigned the task to guard us and we cannot trust them at all. As for us from the UDC, we do not have any problem with the nation, Batswana don’t have any reason to attack us, they hate them not us,” he said.

Mmolotsi indicated that the reason why BDP MPs are calling for the tightening of security is because they have realised that Batswana are angry at them and do not want anything to do with them anymore. He said citizens are tired because government has failed them in all aspects of life, being education, health, water, electricity and roads. Mmolotsi said everything collapsed at the hands of BDP hence they urge people to get out and join the UDC in large numbers so that it could win elections in 2019 and take power from the BDP.

“That is why I say we should all stand up and see to it that change is done, let’s go door to door and bring people to the UDC. This government is not able to do anything and they should be removed from power very soon. They are even confused, they fight amongst themselves to succeed the current President and clearly there is currently no one capable and we have learnt that Guma Moyo might contest for presidency at their special congress. Imagine Guma as the President of this country, we don’t even see him in Parliament, he is a useless MP to the residents of his constituency,” he said.

UDC Vice President, Ndaba Gaolathe, indicated that with his party, there is a vision for a better Botswana where people will not be given positions on the basis of them being friends of those in power but on merit and commitment to people’s interests. He said Batswana should remain hopeful as the youth of the UDC who are popularly known as the moono generation speak passionately and positively about a better Botswana in 2019 when the UDC takes power from the failing BDP.

“I’m so much impressed about the moono generation; these youth speak of a government which respects merit and not nepotism, a government that listens to its people, and that government is led by Duma Boko and there are more intelligent and good hearted people surrounding him.  They are capable of doing the best for this country. Botswana has enough resources to produce its own products and provide employment to its people, there are people who can do that when we listen and work well with them,” he said.
He applauded the UDC for continuing to increase in number as they gear up with hope to 2019, working together despite some people belittling them thinking that they are not strong enough. He indicated that the UDC has a great vision for the country and is very strong.

MISA not shutting down – Maphanyane 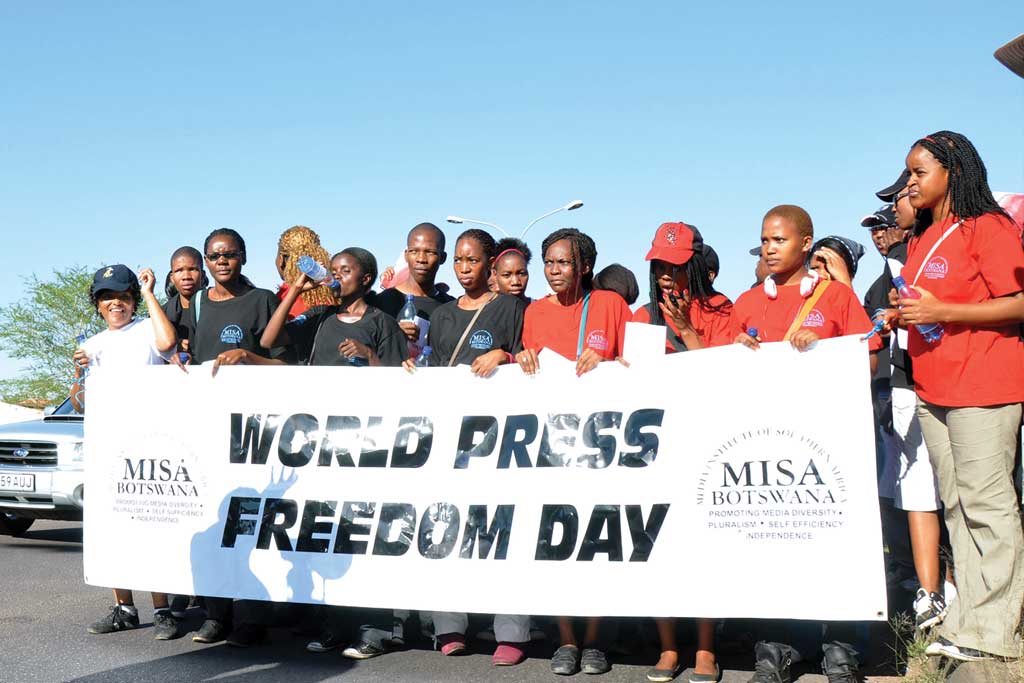