May 23, 2020 Admin
Home»Uncategorized»WE WILL NOT GET INVOLVED – US tells Boko
Uncategorized

The Embassy of the United States of America in Gaborone has refused to be dragged into the ongoing dispute between the Umbrella for Democratic Change (UDC) and some government institutions that the UDC has accused of being used to fight political battles for the BDP.

Duma Boko, who is the Leader of the Opposition and president of the UDC, recently wrote a petition to the Independent Electoral Commission (IEC) and diplomatic missions in Botswana calling for intervention in what he described as an attempt by the Botswana Democratic Party-led government to harass and frustrate the UDC ahead of this year’s general elections.

His gripe came after the Botswana Unified Revenue Service (BURS) temporarily seized booklets of his party’s manifesto hours before the manifesto was to be launched in Maun last month. He also claimed that he was being tailed and shadowed by agents of the Directorate of Intelligence and Security Services, allegations which DISS director Peter Magosi has denied.

Boko’s aircraft was also seized by BURS last April with reports suggesting that the jets were not declared for customs when they arrived in the country.

Boko told The Botswana Gazette at the time that he was due for a meeting with the newly appointed US Ambassador to Botswana, Craig Cloud, and threatened to take his complaints as far as Washington if the IEC did not act. After his meeting with the American envoy, Boko said Cloud had noted his concerns and promised to engage the IEC and revert back to him.

But this week, while confirming that Boko and Ambassador Cloud had met, the US Embassy said there is nothing the US could do to assist the UDC and Boko. “Ambassador Cloud’s meeting on May 21st with Duma Boko was part of a series of meetings with all political parties, thought leaders, and influencers – including opposition leaders – in an effort to understand Botswana’s political environment,” said Public Affairs Officer at the US Embassy, Ineke Margaret Stoneham.

“His meeting with the Independent Electoral Commission on May 14th was part of a series of courtesy calls the Ambassador is paying on all ministries and departments of the government. The two meetings were unrelated. The United States is guided at all times by our longstanding values of freedom and democracy and we do not involve ourselves in the internal politics of sovereign nations.”

That being said, Boko has vowed not to stop in his “struggle.” He told this publication in a brief interview yesterday (Monday) that he was lined up for a number of interviews with international media houses this week and he would “expose Botswana’s so-called democracy”.

“I am on way to Vienna (Austria) to meet investors,” he added. “We are not joking when we say we will create 10,000 jobs and nothing will stop us in our way. I also have interviews lined up with international media such as the Washington Post and the New York Times and I am going to tell them about some of these issues. I am going to expose Botswana’s so-called democracy.”

Contending With COVID-19 Is Especially Hard For Artists – BOMU 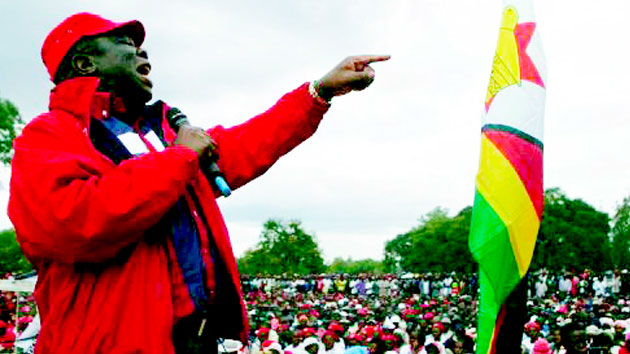