Botswana financial service provider, Botswana Insurance Holdings Limited (BIHL) Group struggled to bear tough economic conditions in the domestic and global markets in 2016.
According to the Group 2016 financial statement released last week, the company’s revenues dropped by over P2 billion from around P4,3 billion recorded in 2015 to around P2,1 in 2016 while profit after tax shrunk by over P100 million from around P587 million to around P475million. The Group’s profit tax payment declined from around P133 million to around P100 million. Financial losses due to exchange differences on translating foreign operations increased from around P50 million to around P145million. The statement shows that while the group’s value of assets increased slightly from around P14, 3 billion to P14.4 billion; cash, deposits and other securities declined from around P1 billion in 2015 to around P819 million in 2016.
BIHL which owns businesses in life insurance, general insurance and asset management stated that operating profit for life business reduced by 9 % due to subdued operational earnings from most key business lines under challenging operational conditions. “Though global markets recovered slightly  towards the end of the year, the strengthening of the Pula negated this recovery. Despite these challenges, management is confident that continued implementation of the five year strategy will help the company ride the tide of economic challenges and continue to lead the pack in delivery of life insurance solutions,” said the company.
The company stated that general insurance business was adversely affected by the requirement for additional claims and increased operational costs. “2016 has been a challenging year, with a slowdown in the domestic economy. Against this backdrop, the business has seen a decline in new business which has been compounded by rising operating costs. Also during the year the business effected a change in accounting for outstanding claims, resulting with an increase in outstanding claims by P2.7 million,” state the company.
According to the company as a result of notable assets under management, asset management business ended the year on a positive note despite the volatile global markets. BIHL has noted that BIFM group achieved remarkable results for the year 2016 despite a turbulent and challenging year. BIFM’s operating profit for the year showed a 4 % increase due to strong growth in fees from BIFM and favorable exchange rate which positively affected results from the Zambia operations, according to the company’s 2016 financial statements.
BIHL Group CEO Catherine Lesetedi-Letegele has meanwhile indicated that despite the decline in revenues and profits, BIHL Group’s business is well capitalized and required capital for the life insurance business is covered 6.6 times. She stated that that following the difficult trading economic conditions in 2016, the company expects better performance. “Low inflationary environment, low bank rates and improved Gross Domestic Product (GDP) are projected in 2017 and with that prospects are positive,” said the CEO.
BIHL provides life insurance services through Botswana Life Insurance Company, a full subsidiary of the group. The group also provides asset management services through Botswana Insurance Fund Management (BIFM) Limited, another full subsidiary of the company. BIHL Group also provides general insurance services through its full subsidiary BIHL Insurance Company Limited. The group has joint venture holdings of 26.3 % in Letshego Holdings Limited, 35.6 % in Funeral Service Group (FSG), 50 % in Botswana Insurance Company Limited and 25.1 % in Nico Holdings Limited in Malawi.

Yarona FM Summer Jamboree to end summer with a bang 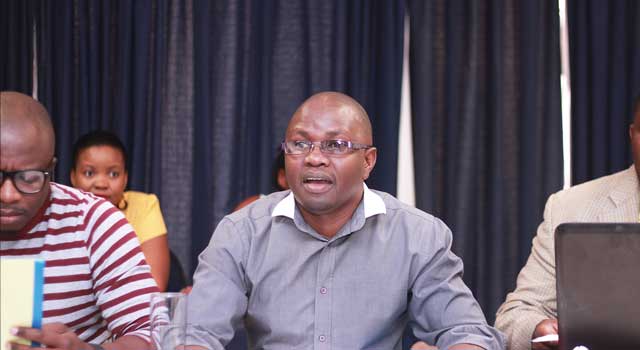