A body that represents alcohol traders, Botswana Alcohol Industry Association (BAIA) has implored the government to allow the sale of alcohol on controlled measures if the country’s lock down which ends on Thursday is extended, this publication can reveal.

The country effected a lock down on April 2, 2020 in order to curb the spread of the deadly COVID-19 pandemic that is persisting to claim people’s lives daily across the world. As one of the measures of the lock down, the government banned the sale of alcohol as an effort geared towards containing the virus from spreading. However,the move came in as a huge blow to those in the alcohol industry as they are continuing to make losses daily.

Things might be even more worse for the alcohol traders as there are reports that the lockdown which comes to an end this Thursday might be extended with a further two or three weeks. While they support the country’s decision on the lock down to control the spread of the virus, BAIA appealed with the government to allow the sale of liquor in off-consumption sale outlets.

“This includes online platforms where possible which will limit travel of consumers,” BAIA wrote on the letter dated April 9 which was addressed to the Minister of Investment, Trade and Industry Peggy Serame, it is signed by the organisation’s chairman Mothusi Molokomme. “ This will ensure that consumers do not travel unnecessarily. We also recommend that bars should be granted a special dispensation to operate strictly as off consumption outlets subject to the strict social distancing requirements. This would also ensure that these outlets do not experience further negative economic impact.”

In the proposal, BAIA request that, if the lock down is extended, sales of alcohol should allowed between 10 a.m and 6 p.m on all weekdays as well as 10 a.m to 2 p.m on Saturdays with no liquor sales on Sundays and Public Holidays. “The number of customers allowed in an off-consumption liquor outlet will be a maximum of one person per square metre,” the alcohol traders stated. “Liquor outlet owners will also ensure that security measures are in place at their own cost to safely disperse dense crowding outside of a liquor outlet.”

Serame last week Wednesday confirmed that BAIA have indeed written to her Ministry and noted that their recommendations would be considered when decisions to ease trade restrictions across the board are made. Speaking in an televised press conference, Serame also noted that some alcohol traders have already begun accessing the various relief packages government has made available to the economy.

Meanwhile, analysts are already predicting a bleak future for Kgalagadi Beverages Limited (KBL), the country’s leading liquor producers due . According to Motswedi Securities Head of Research Garry Juma the ban on sale of alcohol for one month (or rather indefinitely), threatens the company’s cash-flow. The stock market analyst argues that KBL’s core business is the sale of alcohol. “If they stop selling alcohol, they lose money,” he said. In 2019, KBL sold 128 million hectolitres of alcohol every month, which resulted in an average of P25 million in monthly profit.

According to Juma, KBL will not sell alcohol until at which the lockdown and/or state of emergency completes. “Sales volumes will significantly decline, and that will significantly eat into the profits expected by shareholders of KBL,” he stated, adding that KBL will lose millions of Pula.

Ebudilwe Turns To The Internet To Keep Fit 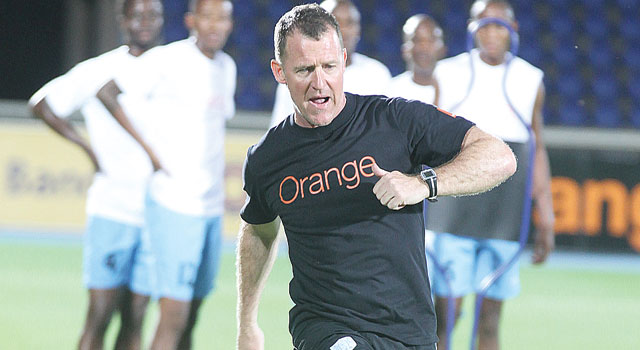