Entrepreneurship by women is on the rise in Botswana and is surpassing that of other countries in Sub-Saharan Africa. Latest research by the Global Entrepreneurship Monitor (GEM) 2016/17 Women’s Report shows that Botswana currently has the third highest number of women entrepreneurs active in the region at 30.1% compared to lowest performer South Africa at 5.9%.
The report also noted that female entrepreneurship rates in Sub-Saharan Africa are the highest in the world, with 25.9% of the female adult population engaged in early-stage entrepreneurial activity in this region. “The majority of women entrepreneurs in Botswana (54.5%) have started a business because they are taking advantage of opportunity rather than out of necessity. The regional average is 61.8%.”
According to GEM, 163 million women were starting businesses across 74 economies worldwide in the past year, while 111 million were running established businesses. Babson College Professor and report co-author Donna Kelley said in a statement that this not only shows the magnitude of impact women entrepreneurs have across the globe but also highlights the contribution they make toward the growth and well-being of their societies. “Women entrepreneurs provide income for their families, employment for those in their communities, and products and services that bring new value to the world around them,” she noted.
It is further noted that Sub-Saharan Africa has maintained the highest regional average Total Entrepreneurial Activity (TEA) rate (25.9%) and strong average growth expectations, which translates into a lot of employment by women entrepreneurs in this region. However, it also sports the highest discontinuance rate (8.4%).  Around 56% of women entrepreneurs in the region reportedly cited either un-profitability or lack of finance as a reason for closing down their business.
In Botswana, discontinuance rates are said to be the highest in the region at 13.3%, even though a small majority of women entrepreneurs (54.5%) have started a business because they are taking advantage of an opportunity rather than out of necessity. This suggests that while TEA rates in Botswana are among the highest in the region (30.1%), the types of businesses being started in the country are struggling to find the right formula for sustainability.
Among the 63 economies surveyed in both this and the last report produced in 2014/2015, GEM found that Total Entrepreneurial Activity (TEA) among women increased by 10%, and the gender gap (ratio of women to men participating in entrepreneurship) narrowed by 5%. These same economies reportedly showed an 8% increase in women’s ownership of established businesses, and across Europe, North America, and Asia, close on 10% increase in the positive perceptions that women have that there are good opportunities to start a business. 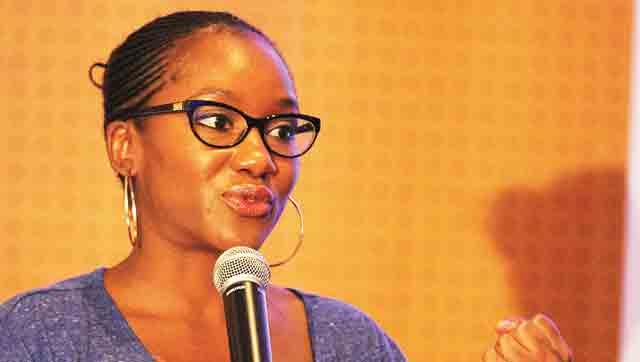