Latest data from Statistics Botswana indicates that Botswana’s economy grew marginally during the second quarter of 2017, as the liquidation of BCL in October 2016 continues to negatively affect the country’s Gross Domestic Product (GDP).
Recent figures released by the statistics office last week show that Botswana’s economy increased by 1.0 percent in the second quarter of 2017 (Q2 2017) compared to an increase of 3.9 percent recorded in the same quarter of 2016. The 1.0 percent growth in economy came after 0.8 percent growth recorded during the first quarter of 2017.
According to the statistics the contribution of the mining sector to Q2 2017 GDP decreased by 13.8 percent following the closure of copper nickel mines during the fourth quarter of 2016. “In the quarter under review, copper/nickel production was zero due to the provisional liquidation of the BCL mine in October 2016. The contribution of Soda ash decreased by 25.4 percent as the Soda ash mine was placed under care and maintenance in May 2017,” states the Q2 2017 GDP Statistics report. During Q2 2017 soda ash production recorded 25.2 percent decrease in production when compared to the same quarter of 2016 while salt mining recorded a decrease of 28.3 percent when compared to Q2 2016 production. Gold production declined by 14.5 percent in the second quarter of 2017 when compared to production during Q2 2016.
Statistician General Anna Majelantle has indicated that the non-mining sector was the leading contributor to Q2 2017 GDP growth. “The increase was attributed to value added by Water & Electricity, Transport & Communications and Finance & Business Services which increased by 6.0 percent, 5.9 percent and 5.6 percent respectively while all other industries recorded positive growths of more than 1.2 percent with the exception of Mining and Manufacturing which decreased by 13.8 and 0.2 percent respectively,” she said. According to Majelantle Botswana’s transport and communications growth of 5.9 percent was attributed to the increase in value added by air transport, road transport and post and communications which increased by 9.3, 7.9 and 6.1 percent respectively. She added that 5.6 percent contribution by Finance and Business Services industry was mainly due to the rise in the value added by business services and real estate which increased by the 8.3 and 6.4 percent respectively.
Market analysts have indicated that due to low contribution of the mining sector during Q1 2017 and Q2 2017, the level of economic growth in 2017 could come out lower than the 4.1 percent projected by government. The analysts however indicated that sustainable growth in the non-mining sector is expected to boost economic growth during the year. 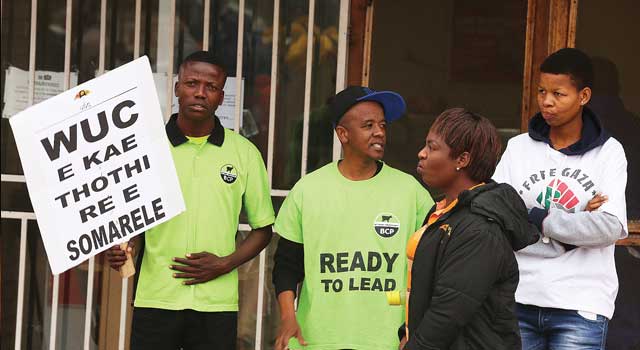