Thamane was hired for the position in 2011 and his current contract expires this month. This makes him one of the longest serving CEDA CEOs. An internal source from the CEDA headquarters has revealed that Thamane’s contract has been extended after the board was impressed by his work.

“When he was appointed as the CEO in 2011, he hit the ground running, which he is still doing, he has strategically led CEDA and has produced exceptional results in the past years. There are high hopes that throughout his tenure he will grow CEDA’s capability into an iconic entity that will bring a lot of change in Botswana,” said a board member who decided to stay anonymous.

Thamane’s new term will immediately start at the beginning of January 2021. His leadership has played a critical role in the development of Botswana’s economy. Over the years CEDA developed into a vehicle that has created employment and brought innovation in Botswana despite numerous unfavourable reports around the institution and its alleged dealings with some politicians. His goal has always been to create a sustainable economy that will make Botswana one of the biggest world trade centers in the world.

It is believed that the board is impressed by the way Thamane led CEDA in the past 10 years, and has produced sterling results. It is also said that he carries all the qualities of a good leader and he has planted that energy across all CEDA branches in the country”.

One of the recent developments brought by Thamane’s leadership is the new CEDA guidelines that where launched by President Mokgweetsi Masisi the second quarter of the year.

The new guidelines have been tipped to be central and relevant for pushing national priorities like Citizen Economic Empowerment, import-substitution, and most recently the need to reduce the country’s dependence on its neighbors for trade. 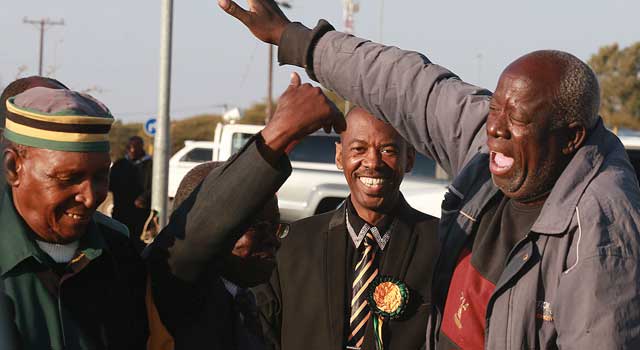