Air Botswana last week launched a charm offensive on its clientele with a robust advertising campaign that is meant to position the airliner as the best and cheapest player on destination routes.
Air Botswana is going on a Campaign to influence what it terms wrong perceptions on its On Time Performance ratings and its cost effectiveness.
The integrated Master Brand Advertising Campaign which goes by the theme  “It’s better to fly Air Botswana” will last for eight months starting 5th August and incorporate bill boards, television, radio, Air Botswana website, social media and influencer blogs.
In a customer feedback exercise that was conducted earlier during the year, the airline found that customers questioned its visibility to tourists, business or leisure travellers. Flyers also asked to have more quantities of the Botswana biltong served on flights, ruling out any possibility of the discontinuation of the biltong. “We will also introduce something for vegetarians soon,” said Air Botswana Director Commercial, Hugh Fraser. A recent review by aviation site, Skytrax, of 20 customers who had flown Air Botswana, gave a score of 6 out of 10 for its Johannesburg flights.
Though the findings of the feedback exercise are yet to be presented even to the board, the marketing team has launched a robust advertising that presents the airliner’s destinations with visuals that are meant to make them more attractive. Fraser revealed that plans are underway to revamp refreshments served in flights but ruled out full meals as the flights within the region last for an hour at most.
Fraser, who could not be drawn into disclosing the cost of the campaign at its launch last week, said they had come up with the campaign concept with the help of both in house staff and an agency. “It is far more expensive to advertise in South Africa and that is why we are launching a digital advertising campaign,” said Fraser.
The national flag carrier, which has received negative commentary for its lack of profitability and the impasse and indecisiveness by Government as the sole shareholder, in privatising the airline, is now looking to trumpet the untold story of its improved efficiency.
After a period of cancelled and delayed flights, the past management of Air Botswana, in July 2015, revealed that the airline’s On Time Performance (OTP) was at 87 percent and were targeting the 90 percent mark.
“People do not know that we are the most improved airline in Africa in terms of improvement in On Time Performance and it’s very important because a delay in connecting flights can increase travelling time significantly for a traveller,” retorted Fraser.

“Well it is interesting that just when you see the improvement in efficiency at the airline, the management gets fired for no apparent reason,” said a prominent CEO after former AB general manager Ben Dhawa and the entire board were sacked by the Minister of Transport in late 2015.
“Other airlines have fulltime spies working for them who prey on competitors and watch their routes and gather information about their future plans and unserved routes,” said an airline official at Cape Town International Airport.
“Johannesburg to Gaborone with Air Botswana. Fast check in at airport. On time boarding and departure. Full flight operated by an ATR 42. Good Crew. A good snack of crackers and local beef jerky served. Landed on time. Fast immigration and was out of airport in minutes. Return flight on same day. Again fast check in. Fast Security control and immigration. On time departure on a newer ATR 72. Rather empty flight with everyone having an empty seat next to them. Good snack and wide array of drinks served by a crew happy to do more than their best. On time arrival in JNB. Small airline but they know what they are doing. Recommended on visits to Botswana,” wrote an Australian national on an airline review website, Skytrax. 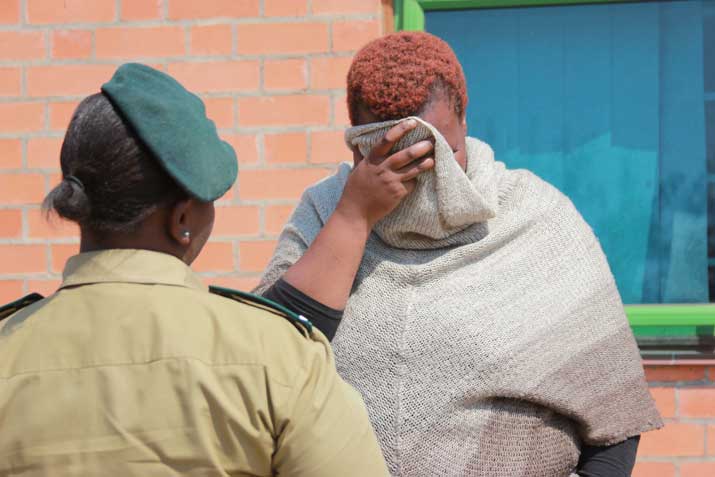