Botswana’s economy cannot fully take advantage of public spending in infrastructure due to poor management of mega infrastructural projects in sectors such as power, water and rail. This was revealed in the International Monetary Fund’s (IMF) recent assessment of Botswana government investments.
During their recent visit to the country, four IMF experts led by Lesley Fisher found that despite the relatively high investment levels Botswana has high public investment efficiency gap. The experts have revealed that public investment efficiency in Botswana is lower than the average in Emerging Economies (EME) and the world and added that based on IMF methodology the efficiency gap for Botswana stands at 37 percent compared to an average of 27 percent for the world and EMEs. The experts explained that this score on efficiency gap suggests that about one third of Botswana’s invested public funds did not result in the maximum level or quality of infrastructure assets or service delivery reflecting an efficiency loss.
The experts have raised concern that despite the high government investment in infrastructural projects, Botswana’s overall quality of infrastructure has fallen sharply in recent years as a result of high efficiency gap; “Up to 2010, survey-based indicators of perception of infrastructure quality suggested that Botswana compared favorably to regional peers and EMEs in the perception of overall infrastructure quality. Later on, indicators suggest that structural bottlenecks in electricity and railroads are the drivers of the sharp deterioration in the perception infrastructure quality observed in the last five years.”
The experts stated that while Botswana generally performs better than its peers in access to social infrastructure which is schools, water, and to a lesser extent hospitals, service delivery of economic infrastructure in the electricity sector is quite poor. In the report compiled following the assessment, the experts said indicators of infrastructure access and service delivery point to inefficiencies in the provision of electricity, water and transport services via railway; “Botswana has experienced significant challenges, including limited procurement and project management capacity in the construction of power infrastructure and as of 2015, electricity production capacity remains below peer countries, with only 66 percent of the total population having access to electricity.” The IMF report has noted that there is a sustained lack of proper maintenance of railway resulting in accelerated depreciation of the assets. “In addition, the existing tariff system is quite rigid, further raising the risks of future underinvestment in railway construction and inadequate maintenance of available railway lines.”
The report revealed that although the indicator used in estimating the public investment efficiency does not suggest bottlenecks in the water sector such as access to treated water, significant challenges exist in terms of investing in quality water infrastructure and maintaining the existing billion pula assets to improve coverage. “Access to water in rural areas is limited to farmers and isolated population,” states the report in part.
IMF has suggested that for Batswana to fully realize the benefits of public investment in infrastructure, government should improve project evaluation, selection and monitoring. IMF has indicated project management in government investment remains weak and often undermines project implementation and quality of infrastructure. “The current project development management system, which is meant to track progress in implementing projects, is not functional and reports are generated manually sometimes with significant delay. Project managers for mega projects are not identified at the design stage, which contributes to implementation delays and possibly cost overruns and undesired quality during implementation.”
IMF has revealed that its team of experts has learnt that in some ministries, qualified but inexperienced engineers are managing large projects that require significant skills and knowledge and warned that the lack of experienced engineers could put government at risk of developing infrastructure which needs to be replaced or repaired at significant cost. The organization added that the guidelines which address risk when implementing infrastructural projects, generally focus on financial risk, such as exchange rate risk and do not address extensively on non-financial risks such as engineering complexity. 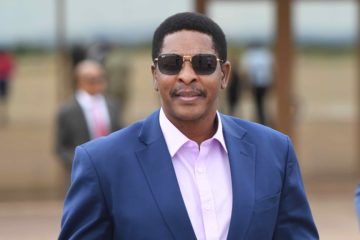