Shoprite CEO Whitey Basson has been mum about the group’s acquisition plans, but it seems that years after its last acquisition, the retail giant may be readying itself for a buy.

In 2011 the Shoprite Group entered into an agreement with Metcash Trading Africa, in terms of which the franchise division of Metcash was sold to Shoprite Checkers. Operating under brands such as Friendly, Seven Eleven and Price Club Discount Supermarket, it was an acquisition that seemingly went unnoticed by the market.
But when the group acquired Checkers stores and the ailing OK Bazaars Group for just R1 in 1997, Shoprite set the stage to become a retail giant. Now it seems that Shoprite may be on the prowl again, and speculation about a merger with Steinhoff has resurfaced.
Speaking in Cape Town this week after the results presentation for the year ended June 2016, Shoprite chairman Christo Wiese said the group was “constantly looking at opportunities, but it’s a big business, so you really have to do something big to move the needle”. But Wiese, co-founder of Shoprite and Pepkor (he sold the latter to Steinhoff for R62.8-billion in 2014), and chairman of both companies’ boards, may just be the man to move that needle.
“Those conversations [about a Steinhoff-Shoprite merger] have been going on for years,” said Wiese, who declined to comment on the possibility, saying only that theories “may be as right as they are wrong”. Steinhoff brands in South Africa include Hardware House, HiFi Corp and Pennypinchers. Internationally, Steinhoff owns French furniture chain Conforama and UK-based Bensons for Beds. It has recently made a bid for the US-based Mattress Firm.
Shoprite, the dominant player in the grocery sector, could help diversify Steinhoff’s portfolio, but it could also learn a thing or two from Steinhoff’s furniture operations. Trading profit at Shoprite’s furniture division declined by 51.7% – the only unit in the group to decline. Basson attributed this to low credit participation and flat insurance income.
This week, Wiese told Bloomberg that Steinhoff was looking at doubling its market value within five years, and with Shoprite considering opening stores in markets such as India, Vietnam and
Cambodia, the pair may be a likely match. We have had, over many years, proper succession planning for all critical roles in the business. So I don’t lose any sleep over succession planning
On the JSE, Shoprite has a market capitalisation of R114.3-billion; Steinhoff’s is R363.6-billion.
German-based Commerzbank retail analyst Andreas Riemann said: “Anyone can double their business through mergers and acquisitions. The focus on discount retail is a good idea. They [Steinhoff] benefit from having an incubator approach. This integrated approach is allowing them to achieve above-average margins.”
Despite this, Basson said he was uncertain about a merger between the two retail kings. “No, I don’t know if it’s a good idea and I’m not in a position to talk on that, but Mr Wiese can.” Basson said investors looking to buy a big company such as Shoprite should be a natural fit. “What would you benefit by putting Anglo American and Toyota together?”
However, “I will be in favour of working together if the overall part is better, but you can’t confuse this type and size of business. Shoprite is a massive company, so you’re going to make half of them [employees] cross, maybe,” Basson said.
Victor Dima, a Dubai-based portfolio manager at Arqaam Capital, said: “It’s purely speculative at this time … but I think that as a stand-alone business, Shoprite is doing just great.” In the 12 months to June, the group’s trading profit rose 15% to R7.27-billion, compared to an 11% increase in that period last year. Turnover for the period increased 14.4%, from R113.694-billion to R130.028-billion.
Commenting on succession planning at Shoprite, Dima said: “We are seeing a CEO that is exceptionally strong and charismatic … I don’t have an idea who will succeed him, but I’m pretty sure it may be the junior bench of that business.”
Basson has been CEO since 1979, but eventually the 70-year-old must give up the reins.
Wiese said: “We have had, over many years, proper succession planning for all critical roles in the business. So I don’t lose any sleep over succession planning.” As for who is likely to succeed Basson, Wiese said: “it’s household information.” (Sunday Times) 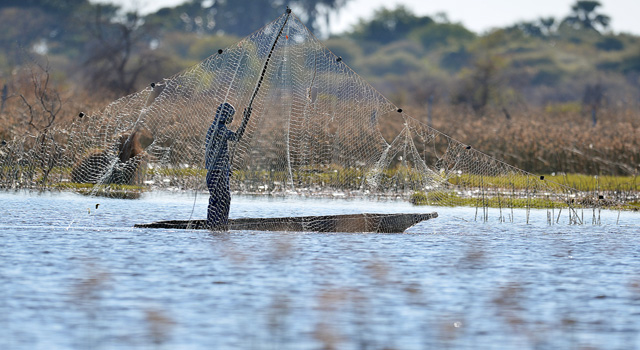