May 23, 2020 Admin
Home»Business»P800m At Risk As Bona Life Crumbles
Business/News

Under the stewardship of ‘seasoned’ financial services expert, Regina Sikalesele-Vaka, Bona Life Insurance Limited’s may soon be valued at close to nothing, putting at risk over P800 million belonging to annuitants and as well as customer insurance premiums paid to the company.

Just a few days ago, Sikalesele-Vaka unexpectedly resigned as CEO of Bona Life. In an interview with The Botswana Gazette she said she quit because she wanted to give the Botswana Public Officers Pension Fund (BPOPF) control of Bona Life, since the Fund is the majority shareholder.

What The Botswana Gazette has established however is that BPOPF Principal Officer, Boitumelo Molefe and Sikalesele-Vaka have had a fall-out and no longer see eye to eye. It is said that Molefe has lost confidence in Sikalesele-Vaka, so much that the BPOPF has even turned down Sikalesele-Vaka’s request for a recapitalisation. Sikalesele-Vaka herself has confirmed that there is fallout between the two women of power.

Bona Life is insolvent, and its operations are at the moment in contravention with Non Bank Financial Institutions Regulatory Authority (NBFIRA), which as per the Act, is not supposed to operate without meeting the minimum capital requirements. NBFIRA’s Prescribed Capital Target (PCT) requires that the amount of minimum assets that an insurance company should hold, must be one and a half times larger than its liabilities. With around P712 million in its portfolio, Bona Life’s assets should be over P1 billion. However, that is not the case, and what it means is that pensioners’ money at Bona Life is not safe.

Close sources blame Sikalesele-Vaka’s leadership style and say that her decisions as CEO led to the collapse of Bona Life. The insurance firm had taken about P880 million as annuities from pensioners and promised them a 10 percent return. Sources say that Sikalesele-Vaka proceeded to the fix the P880 million at First National Bank (FNB) in return for a 2 percent interest, which meant that Bona Life received returns which were 8 percent less than what annuitants were promised, which eroded Bona Life’s actual financials. This was primarily a result of Bona Life’s refusal to allow asse tmanager Capital Management Botswana (in liquidation) to invest the money on behalf of Bona Life. Sikalesele-Vaka at that time said CMB directors would misuse the funds. However, this is against the fact that CMB previously took P13 million from Bona Life and the funds ballooned to P164 million from investments made by CMB.

According to NBFIRA documents, CMB Fund 1 is held about P75 million in corporate bonds, about P76 million in unlisted equity and P13.5 million in property, from the P133 million took from Bona Life. Sources say that should Sikalesele-Vaka had allowed CMB to invest on its behalf the P880 million from its annuity fund, the funds could have generated much needed interest to keep Bona Life afloat. Bona Life’s existence was as a result of CMB’s investment through the Botswana Opportunities Partnership (BOP) Fund, which the asset management firm managed on behalf of the BPOPF. CMB invested P50 million which Bona Life, under Sikalesele-Vaka was exhausted.

When the initial P50 million was invested in Bona Life, it emerges that the agreement was that CMB would at a later stage inject further capital into Bona Life as per the statutory actuary of Bona Life. Through the investment from the BOP, the BPOPF controls 40 percent shareholding in Bona Life while CMB would directly own 25 percent stake. Sikalesele-Vaka owns 25 percent and the rest is held in a staff trust share scheme.

On the 9th of January last year, NBFIRA wrote to Sikalesele-Vaka requesting for clarification on how the ongoing battle between BPOPF and CMB would affect Bona Life. In the letter, NBFIRA wrote that considering the fact that both BPOPF and CMB are shareholders in Foudello (Pty)Ltd, the holding company of Bona Life, what would be the impact of such fallout between CMB and BPOPF.

On the same day, the 9th of January this year, Sikalesele-Vaka, responded saying that Bona Life could be collateral damage in a dispute that does not directly involve it. In the response she said that a capital injection of P50 million was made into Bona Life from the BOP in 2015 with which Bona Life has grown a substantial brand and portfolio. She further wrote that CMB was in the process of finalizing another capital injection in Bona Life to provide further funding as advised by statutory actuary of Bona Life. “It is unclear if the current debacle will affect the further funding,” she said in the letter.

Sikalesele-Vaka said that the Bona Life market positioning hinges on the broad-based citizen ownership of the BPOPF so the BPOPF is an essential ingredient in Bona Life in that threats to remove or replace the BPOPF could impact the vision and sustainability pf Bona Life. The CEO further said that the BPOPF-CMB debacle may affect the ongoing raising of capital through the BOP due to uncertainty on the membership of the BOP. “Bona Life is uncertain what the implications of funding from the BOP will be as it may be subject to the ongoing controversy,” she said.

She wrote in the letter that the value of the annuity portfolio exceeds P800 million, with approximately 740 actual annuitants most of which are retired members of the BPOPF and retirees from government parastatals. The individual life portfolio has over 6000 policies and approximately 40 group life policies. Bona Life has signed up intermediary contracts with 27 intermediaries with close to 200 agents.

Those in the know say that Sikalesele-Vaka made a mistake by involving herself in a war between BPOPF and CMB. Before Sikalesele-Vaka became part of the war, BPOPF had a hard time convincing NBFIRA that CMB was in the wrong, until Sikalesele-Vaka wrote to law enforcement agencies like DCEC accusing CMB of wrongdoing, leading to the liquidation of CMB. While Sikalesele-Vakla fought on the corner of BPOPF, the Fund according to an official at BPOPF, will ‘never ever’ inject any capital in Bona Life. Asked what will be the fate of annuitants and policyholders if no capital injection is made into Bona Life, the official said, ‘they will have to take a haircut’, which means they will have to take losses. BPOPF’s initial P50 million investment made through CMB, has dwindled to just P2.7 million according to an official at BPOPF.

Asked on what will be next at Bona Life, Sikalesele-Vaka said, “a business case for the future sustainability of the company were made to the Bona Life board, Shareholders and BPOPF Investment Committee and the Chairman of the board Mr. Solomon Mantswe, so he is better placed to advise on the steps BPOPF is taking to inject capital and also can provide details of what BPOPF intends to do with the company which belongs to its members. Minority Shareholders follow the main Shareholder.”

She said her role as CEO and founder was to set up the company and grow the brand which she achieved.
She further said the Bona Life board appointed consultants and worked under the close supervision of NBFIRA to restore the company and this has been successfully done. Thereafter she added that Bona Life was directed to inject capital to meet legal requirements and move the business forward and the BPOPF as majority Shareholder is still considering how to resolve the matter.

NBFIRA however did not respond to The Botswana Gazette inquiry when asked why it allowed Bona Life to operate without meeting the minimum capital requirements for around 1 year now.

Why Botswana Artists Are Not Millionaires 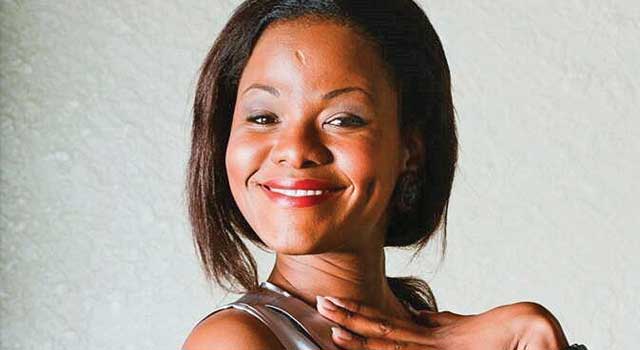