The pound fell Monday to around 30-year lows but most Asian stock markets rebounded from hefty losses fuelled by Britain’s decision to leave the European Union, despite fears of months of uncertainty. Sterling plunged two percent in early Asian trading before paring losses as dealers rushed into safe assets, although Japan’s Nikkei stock index rallied. Britain’s finance minister George Osborne looked to reassure markets, saying the economy was in rude health.
The surprise Brexit decision wiped $2.1 trillion off market valuations Friday and sent the pound slumping to a 31-year low against the dollar. The pound bought $1.3440, down from $1.3670 in New York and heading back towards the $1.3229 touched Friday, which was its lowest level since 1985.
Stephen Innes, senior trader at OANDA Asia Pacific, warned sterling “is extremely vulnerable” and predicted an interest rate cut in the summer. He also said there was “a huge concern that London’s status as the global financial capital will crumble” if it losses its “passporting” rights, which permit banks to locate themselves in the UK while offering products and services in the wider EU.
Investors were also shifting out of other higher-yielding riskier currencies, which took a hammering last week. South Korea’s won fell 0.3 percent, the Australian dollar slipped 0.7 percent and the Singapore dollar shed 0.2 percent. Malaysia’s ringgit slipped 0.3 percent and the Philippine peso 0.2 percent.
China weakened the yuan’s fixing almost one percent to a five-and-half-year low against the dollar, in the biggest downward move since August’s devaluation.
‘Tough week ahead’
But on equities markets the Nikkei in Tokyo ended up 2.4 percent — having plunged nearly eight percent Friday — while Shanghai added 1.5 percent and Sydney gained 0.5 percent. There were also gains in Wellington, Manila and Bangkok.
Hong Kong rose 0.1 percent in the afternoon.
However, Seoul was 0.1 percent lower and Singapore lost 0.4 percent, while in early European trade London fell 0.8 percent, Frankfurt shed 0.4 percent and Paris 0.3 percent. There are fears the shock vote will usher in another global market rout just months after a China-fuelled sell-off at the start of the year.
Morgan Stanley economist Chetan Ahya tipped a new round of monetary easing in Asia to limit the fallout. “We think near-term focus of policymakers will be to mitigate adverse impacts on financial conditions. Specifically, we expect policymakers to introduce liquidity injections measures.
“Once the constraint of volatile capital flows and tighter liquidity conditions is lifted, central banks should move to cut interest rates, although we do not expect an aggressive response.” Japanese Prime Minister Shinzo Abe held an emergency meeting with top officials Monday morning to discuss how to deal with the market fallout.
James Audiss, senior investment adviser at Shaw and Partners in Sydney, warned the week could see some sharp losses across markets, “It’s going to be a very tough week. Unless an investor has a really strong view one way or the other, you’d be brave to buy in. It will be a really volatile week.”
Traders will be closely watching events in Britain over the next few weeks after Prime Minister David Cameron said he will step down in the autumn, while the leader of the opposition Labour Party is facing calls to resign. The country also faces the prospect of Scotland holding its own referendum to leave the United Kingdom.
Osborne broke his silence for the first time since the vote in a bid to calm traders, saying the British economy was “as strong as could be” to confront the upcoming challenges. He also said the country should only begin the process of leaving the EU when it has a “clear view” of how its future in the bloc looks.
However, EU leaders have called for a quick break.
Chinese Premier Li Keqiang said Britain’s departure from the EU created new uncertainties in the world economy at a time when downward pressures on China’s economy are mounting. (AFP)

Is virtuous corporate governance in Botswana a phantasm?

BCP’s exodus is a natural cleansing 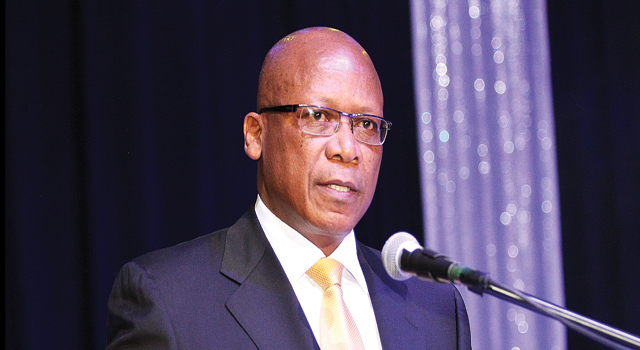