A solid 998-carat high white clivage diamond has been recovered by Vancouver-based miner, Lucara Diamond Corporation, from its 100 percent owned Karowe Diamond Mine in Botswana.
But the company, which is known for such exceptional finds at its open pit operations in the Letlhakane sub-district, experienced a slight decline in its 2020 third quarter (Q3) results compared to 2019 in the same period.
The Canadian precious stone miner recognized revenue of $41.3 million in Q3 2020 compared to $45.3 in Q3 2020. A total of 112 943 carats were sold for the three months ended on 30 September 2020, which is a slight decrease compared to 116 200 carats which were sold in the same period last year.
Listed on the Botswana Stock Exchange (BSE), Lucara released these figures on Friday last week. The figures also show that the company recorded a net loss of $5.4 million for Q3 2020 (Q3 2019 – $4.0 million net loss) resulting in a $0.01 loss per share (Q3 2019 loss of $0.01) for the quarter.
Nevertheless, the company stated that they continue to have a strong availability of working capital, including $10.1 million in cash at the end of Q3 and $30.0 million available from a revolving term credit facility. “Clara’s customer base doubled during Q3 2020, from 35 to 71 customers. The platform began selling stones on behalf of third party sellers, meeting a significant objective for 2020,” the company said, referring to its web-based digital sales platform.
Lucara also announced that Karowe Mine continued to deliver strong, safe and reliable production results in the period under review with the process plant continuing to operate at full capacity. This is after 0.7 million and 0.4 million tonnes of ore and waste were mined respectively. Ore processed stood at 65 million tones, resulting in 88,909 carats recovered, achieving a recovered grade of 13.8 carats per hundred tonnes.
LUCARA RECOVERS 998 CARAT DIAMOND AT KAROWE MINE
Meanwhile, Lucara last week announced that they had recovered an unbroken 998 carat high white clivage diamond from its 100 percent owned Karowe Diamond Mine located in Botswana.
“The diamond, measuring 67x49x45mm, was recovered from direct milling of ore sourced from the EM/PK(S) unit of the South Lobe, and follows a notable series of diamond recoveries during this recent production run, including a number of top quality clivage and gem quality stones of 273, 105, 83, 73, and 69 carats in weight,” Lucara stated.
“The EM/PK(S) forms an important economic driver for the proposed underground mine at Karowe and continues to produce large gem quality diamonds in line with expectations, a further testament to the strong resource performance at Karowe.”
According to Lucara, the 998 carat diamond was recovered in the MDR (Mega Diamond Recovery) XRT circuit that allows for diamond recovery post-primary crushing and prior to milling. “This recovery represents the second +500 carat diamond recovered from this circuit in 2020,” said the mining company.
“Year-to-date, Karowe has produced 31 diamonds greater than 100 carats including 10 diamonds greater than 200 carats comprising the 549 carat Sethunya and the 998 carat diamond. In accordance with the partnership between Lucara and HB Antwerp regarding all diamonds greater than 10.8 carats produced from Karowe, both companies are evaluating the next steps in order to maximize the value of this rare large diamond.”

Employers Can Help You Pay Tax On Rent 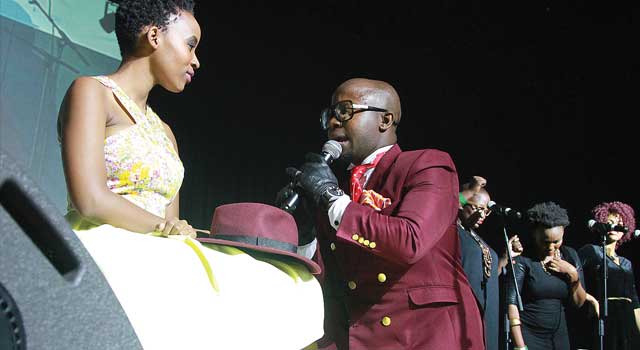