The design of the plant was also wrong. CNEEC also took shortcuts and flouted quality assurance procedures, compelling Botswana Power Corporation (BPC) to order the plant being rebuilt from scratch, which would take an extra four years.

Morupule B’s biggest problem is the Fluidized Bed Heat Exchangers (FBHEs), which Zwelithini Witbooi, who is BPC’s General Manager Generation, says have to be redesigned and re-installed in all the four units.

According to Witbooi, a faulty FBHE reduces heat transfer and can even lead to reduced production capacity. He says the heat exchangers at Morupule B could not stand the heat inside the boilers, which reaches highs of 800 degrees Celsius. For the remedial work that is currently underway, the FBHEs are re-manufactured and imported from China. The contractor is presently in the process of re-installing the first exchanger.

According to Witbooi, things fell apart in September last year when the exchange heaters started malfunctioning. Around March last year, Morupule B’s performance dropped to record lows, leaving only two units functioning. Witbooi says investigations completed in 2016 by a German company called STEAG found that designs of the heat exchangers were wrong. Temporary measures were put in place since Morupule B was the primary supplier of power in Botswana, but the measures did not last long. The result is that BPC must fix the Boiler Furnace Expansion and the Boiler Abrasion Resistant and Insulating Refectory.

Witbooi says said the heat exchangers were violated and could not stand the heat inside the boilers. In simple terms, water naturally expands and contracts as it heats and cools, and air within the system provides a cushion that allows for expansion without damaging pipes or allowing the pressure relief valve (PRV) to expel water from the system. According to Witbooi, this was putting lives of people at risk since it could explode.

Further, a very high level of abrasion resistance is required for the wall lining of the boilers. But the way the boilers were designed was such that the wall lining was wearing off, which could be disastrous. BPC will also have to replace Cold Air Ducts, which Witbooi says are leaking. These are the structures used to take hot air in and out of the boilers. The boiler fans also have to be redesigned. The installation of noise attenuation devices will also have to be done since the noise output was higher than recommended.

Morupule B was scheduled for completion seven years ago, but it was never fully operational. Only one unit is currently operational. BPC has engaged Fichtner GmbH & KG Co as Owner’s Engineer. Their role is to have oversight over the contractor, CNEEC. Witbooi says unlike before, Fichtner has been empowered. “Previously they had no authority over the contractor, which meant that even when faults were identified, they could not demand or authorise the contractor to stop,” he says, explaining simply that previously CNEEC was unsupervised and did quite as it pleased.

Other sub-contractors are yet to come to site. These are manufacturers representatives, commissioning and performance test teams, trial operation teams and representatives of China Design Institute. The remedial works are expected to be completed by 2023.

Why Supersport United Is A Good move For Ngele 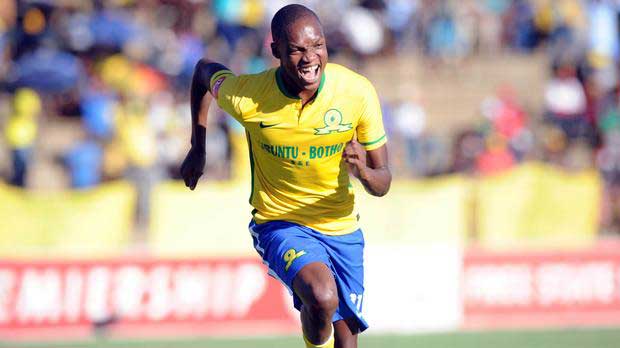