November 20, 2020 Admin
Home»Business»Unions and government in court over a disputed contract
Business/News

Gaborone High Court will next week Tuesday hear a case in which three trade unions, have taken government to court, following a dispute over a contract to manage civil servants loan repayments to lending institutions.
Botswana Sector of Education Trade Union (BOSETU), Botswana Teachers Union (BTU) and Botswana Public Employees (BOPEU) is through their investment company BOTUSAFE, seeking court intervention to stop government from terminating the contract.
Government through the Ministry of Finance and Development and Planning in 2006 gave BOTUSAFE a contract to manage the loan repayments and later claim commission which is used to fund unions. It has emerged that government now wants to terminate the contract and have new service provider, a move which BOTUSAFE says is unlawful and could result with the collapse of unions which depends on the commission as source of funding.
In the affidavit filed at high court recently, BOTUSAFE CEO Lloyd Siane stated that from the conclusion of the contract to present, BOTUSAFE had not breached terms of the contract and in the absence of that, the agreement is meant to subsist in perpetuity. According to the CEO, BOTUSAFE has provided the services contracted impeccably and with an unblemished track record and the company was never put on notice for breach of the agreement nor has government ever called company management to rectify any breach.  “At no point in time from the conclusion of the agreement until now government has never put BOTUSAFE on notice that it was on breach of the agreement in any way or form. It therefore came as a complete surprise to us that government took the decision to terminate the contract without a notice of termination,” he said.
It has emerged that instead of giving a notice of termination government floated a tender calling for interested companies to tender for provision of the very same services that BOTUSAFE offers in terms of the contract. The agreement, according to BOTUSAFE CEO, contains no notice clause that entitles government to terminate the agreement in the absence of breach by simply issuing a tendering notice. He stated that BOTUSAFE was not seeking to challenge government prerogative to determine what is best for it. “Our argument is simply that government is bound by the contract between the parties and is enjoined to comply with it until it has been lawfully terminated,” he said.
BOTUSAFE lawyer Mboki Chilisa of Collins Chilisa Consultants has indicated that BOTUSAFE needs protection from government and claimed that, its decision to terminate the contract could be a ploy to collapse trade unions in this country.
“BOTUSAFE shareholding is held among BOPEU, BTU and BOSETU and the company is therefore not just like any company but is an entity owned by about 60 thousand Batswana who are members of the unions. If another entity is nominated for the contract, then BOTUSAFE business will fold overnight. Should BOTUSAFE business fold up, the interest of the more than 60 000 public officers who own the entity would be jeopardized,” he warned. Chilisa noted that it was impossible to quantify the damages that would be suffered by BOTUSAFE and the unions in light of the fact that the contract was to subsist in perpetuity, but warned that unions would suffer irreparable harm if government conduct is allowed.
Government Deputy Accountant General Othusitse Lebuletswe has defended government decision to search for a new company which can provide services which has been provided by BOTUSAFE. He said BOTUSAFE has continuously breached the contract and has not acted impeccably and transparently. “BOTUSAFE is aware of government unhappiness and desire to terminate the contract. BOTUSAFE has for a very long time dismally failed in their obligations which includes vetting of requests and processing of new applications from civil servants who have applied for loans from micro lenders, ensuring that no civil servant is indebted to more than one micro lender,” he said.
He accused BOTUSAFE, saying the company is mainly interested in monopoly without efficiency as well as capturing the business to the exclusion of other efficient competitors. “BOTUSAFE lawyers as far back as 2011 had an understanding that government is unhappy with BOTUSAFE services and there was a mutual understanding that the two parties, BOTUSAFE and government, will wind up their dealings in five years’ time and that period has already expired,” he said.
The matter before Judge Tshepo Motswagole, is set for argument on the 17th January 2017 at 9 am. 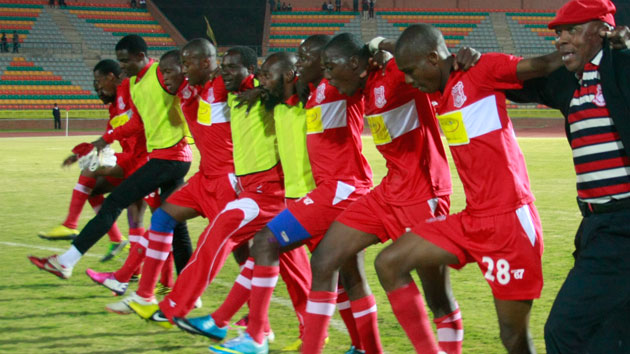