The fervour on the ground for opposition politics seems to have given the ruling Botswana Democratic Party some added impetus and even sense of purpose. The BDP has always known how to win general elections and  the party has been known to mobilise every advantage it has, legitimate and otherwise, to have one over the opposition bloc, in any electoral contest.
The BDP is not even trying to lose power on any given day, and certainly not in 2019. While the trajectory of its popular vote in every general elections, has shown a consistent decline since the first elections in 1965, save for 2009 general elections, when it rose marginally, the party is forever on its feet trying to keep the reins of power.
The ruling party has a national footprint. It has incumbency, which affords it a chance to lay claim to development successes. It also controls the national purse and state broadcasters. But lately the party has developed a new quality that if going unchecked, could reverse the gains of the oppostion bloc.
The party knows how to attract even its most fierce detractors to its fold. BDP has lately, managed to capture youthful members of all the parties in the oppostion, even crumbling the Youth Leagues of its splinter, Botswana Movement for Democracy and the Botswana Congress Party. While the debate rages on about whether these new acquisitions are anything to write home about, or whether it is even strategic, the BDP continues to pull rabbits out of a hat. It has a new found strategy that has left many dumbfounded and lost for words.
The method in this strategy remains a closely guarded secret, known only to the hunters and the hunted. But the resolve to remain fashionable and relevant, especially to the youth, superficial as it might be to the discerning eye, is likely to be a factor that the Opposition might dismiss with a wave of the hand, only to wake up to the realities when it is very late.
The 2019 elections are only three and a half years away but the campaigns have never seized. Infact since the BMD was formed, the political ecosystem has altered beyond recognition, with partisanship reaching unprecedented levels. This fervour which used to be evident mostly at times of general elections, has remained constant, reaching fever pitch towards the 2014 elections. Many hoped for a change of Government and though it was not to be, it happened for the first time in history that the BDP garners less than half of the popular vote. This on its own is a heavy indictment on the party by the voters but the BDP remains the most popular. Another electoral system in a different jurisdiction would have delivered a run off election.
This warning by the electorate is a huge advantage for the BDP, which numbers show, is losing popularity. The party has not taken its five losses in post 2014 bye- elections lying down. The Youth Ministry’s antics are much talked about. There is talk of reforms to make the party more appealing and seem in touch with the people. The Economic Stimulus Plan is promising to make some wealthy.
So what is the response of the opposition to this threat? Granted, the parties UDC and BCP are in the mood to work together in coming electoral contests against the BDP with a view to unseating the mammoth BDP come 2019. The 2014 elections saw opposition matching the ruling party in terms of branding, hype and visual presence, even acquiring helicopter services to make last minute outreach.
The opposition could break the hearts of its sympathisers in 2019, and that alone could disintegrate the united opposition and cause disillusionment. So what is the opposition’s answer to the BDP’s war room ,where strategies are cooked up? Where is the funding for the next elections coming from? Where is the intelligence unit that used to exist withion the Botswana National Front? The opposition should be wary of the last kicks of the proverbial dying horse.

Radio personality on mission to uplift locals in art and design 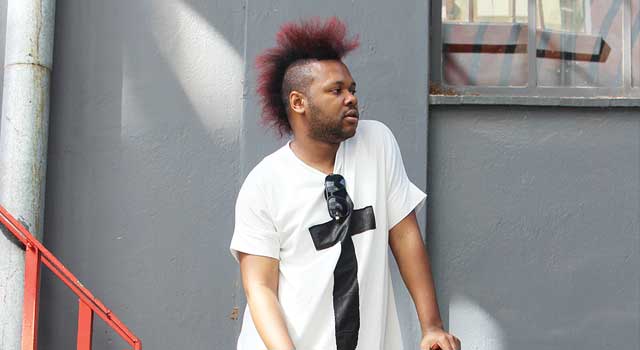