President Ian Khama Seretse Khama is not living like a man who is vacating the seat of power in two years time. Rather, he comes across as a man who is consolidating his power base in every manner possible. Or is he preparing room for his successor?Khama certainly likes a situation where he is in control. His political appointments to senior positions speaks volumes of a man who wants things to be run in a certain manner. While legacy concerns will be on his mind, if leaving the presidential seat is on his agenda, the curiosity and even suspicions which pervade certain sections of society, about him seeking a further stay in office, cannot be waved away, by any measure. Khama is known to use every and any statutory prerogative  available to him, prompting people to open the law books, only to find that he is well within his rights.
Take for instance the latest move to reshuffle the command at Botswana Defence Force, where Chief of Staff and Commander of Ground Forces Brigadier Peter Magosi, has been forced into early retirement.The latest appointment of Abraham Keetshabe, as Director of Public Prosecutions, also rings some bells. It is not news that he has circumvented the choices of the Judicial Services Commission to appoint judges to the bench, who are of his choosing.
In fact Khama has a firm grip on all the arms of government. Parliament continues to be a rubber stamp platform that passes his wishes, through the caucus system that he controls by way of a ruling party majority, unabated by even an increased opposition presence.The Executive is Khama’s baby, picked, chopped and changed at his liking and choosing. It is a given that those who fortuitously find themselves in this inner circle will do everything to stay inside, hence toeing the line.
The Judiciary is the latest casualty in the consolidation of the power base, an unfortunate occurrence  by any measure. Then to top it off, the State media apparatus fall within the Ministry of State President. The President of Botswana is indeed a powerful man and this power increases by the day.
There are jitters about whether the perpetual shining example of democracy on the continent will break with the ‘third term’ tradition. It is a legitimate concern. Khama has not hidden his disdain for leaders who want to remain in power beyond their term limits. He blasted Burundi’s Pierre Nkurunziza after he was inaugurated after a sham general election.
Model African head of state, Paul Kagame of Rwanda, dissapointed many when he took that route, on the pretext that the people still want him as president. Kagame is to seek a third term in 2017, confirming a decision widely expected after the approval of constitutional changes. He was originally limited to two terms, but Rwanda has approved changes to the constitution that would effectively allow Kagame to stay in power until 2034 so he can run for another seven-year term in 2017, followed by two five-year terms.
The presidentialism that Professor Kenneth Good talked about, and got expelled for by former President Festus Mogae, has finally taken root and is oncourse to further centralise power on one office and one man. Can Khama resist the urge to stay on in the highest office with all its perks and influence? Some of his actions indicate an unwillingness already, despite his declaration that we will certainly vacate when his time is up in April, 2018.
While President Khama attracts mixed reviews here at home, he is generally held in high regard on the continent and beyond and he would do well to steer clear of such behaviour, and protect his legacy. 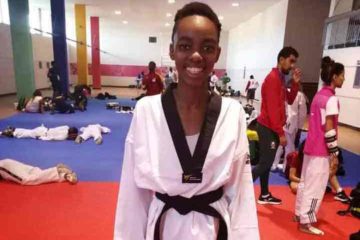