We must congratulate the people of The Gambia for taking back what is theirs, their country, from a self proclaimed owner- His Excellency  Sheikh Professor Dr. Alh. Yahya AJJ Jammeh Babili Mansa who threatened time and again to rule the country for a billion years.
The people said to him ‘22 years is enough’ and the time to answer serious questions now begin.
How did one of their own remain in power for 22 years as if he was God ordained? Why and how did he oppress, imprison, kill and steal from the people?
His AIDS and other illnesses curing abilities? His powers to discern Witchcraft? Where are the disappeared political opponents? Time to guarantee full political, social and cultural rights as well as secularism,
fascism has fallen, kleptocracy of Marshall Emperor, Mobutu Sese Seko Kuku Ngbendu Wa Za Banga was defeated by the forces of hope in Zaire now DRC, genocide was stopped by Paul Kegame and his RPF forces, Ugandan military dictatorship of   His Excellency, The President For Life Field Marshal, Al Hadji Doctor Idi Amin Dada, VC. DSO. MC Lord of All Beast of the Earth and Fishes of the Sea. Conquerer of the British Empire in Africa in General and Uganga in Particular, was deposed by Apollo Milton Obote’s forces assisted by Mwalimu Julius Nyerere…one party state UNIP of Kenneth   Kaunda in Zambia was defeated by MMD and the corrupt MMD was later defeated by PF. One party state of Kamuzu Banda was overthrown democratically by UDF of Bakili Muludzi while Nelson Mandela and his ANC, SACP COSATU and or Mass Democratic Movement defeated apartheid just after SWAPO removed the white regime in Namibia.
The Kenyan people refused Daniel Arap Moi’s ordained son of Jomo Kenyata and KANU in 2002, preferring Kibaki instead and preferring to instead elect Uhuru Kenyata at their own chosen time.
Where is Lucas Mangope? Where is Ian Smith? Jongwe has also been defeated, he just refuses to go but the people have spoken. Where is Abdulaye Wade of Senegal? Big up Macky Sall! Leabua Jonathan? Umsholozi uzobe wahlulwa mfoethu.
Amambuka ayozisola ngazo uma siphumelela…traitors will regret when we win.That man who wears weird caps must not be President, it must not happen.
The results of The Gambia elections is a big lesson to us Batswana, that we as a people are responsible for our own destiny, we can stop the carnage, state capture-elite Corruption at a grand scale, neopatrimonialism, militarism of the Republic, the Khama dynasty and bring about positive change; change we can believe in, change that will end poverty, unemployment and underemployment, change that will close the gap between the haves and the have nots, change that can reinvigorate our education and health system, change that can enable every Motswana to have a business and economic opportunity, change which can bring hope to the youth, women and the marginalized, change which can end darkness and thirst…change that will make us the people to own the means of production, change that will put the economy in our hands and that change is possible in 2019. Cde Duma Boko, Cde Dumelang Saleshando, Cde Ndaba Gaolatlhe and Cde Motlatsi Molapisi must be allowed to lead this change, we will follow, they are the only hope for the futures of this country…let us reclaim our position in the world as a beckon of hope, a shining example, exceptional, and a miracle. For we have now become a de facto one party state, A military junta masquerading as a democracy, an authoritarian liberalism. We can defeat corruption, fiscal and revenue crimes, mismanagement, unethical governance, we can defeat poverty and unemployment.
WE CAN DEFEAT BDP Yes we can defeat His Excellency Lieutenant General Dr Seretse Khama Ian Khama. YES WE CAN. Botswana can and must be better…we deserve better…»Change in 2019 begins with me»…Change for the better, change for all…Change,Change,Change…VIVA!
A luta deve terminar…the struggle shall end
A luta vai acabar…the struggle will end
Dithapelo Keorapetse 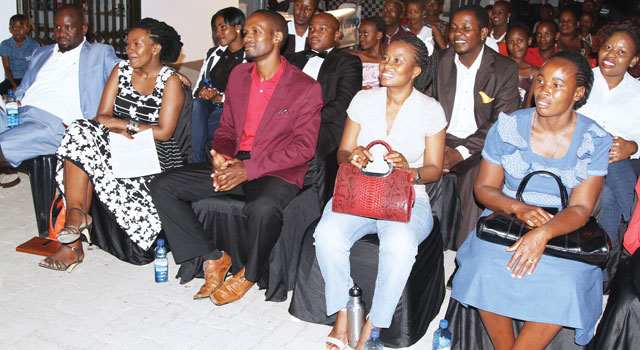