Charles, Bambino, Tulani Tau and Isaac Lungu are through to the final round of the Celebrity Comedy Roast contest well on track to grab  the  top  prize  of  a  one  man  show  and P2000.00. The final will take place on Sunday 2nd of March 2014 at Georges Pub & Grill, Broadhurst, Gaborone . The funny four made it to the top event after laughing people’s socks off roasting the controversial and outspoken former My Star judge, Dj Sid as well as long time radio personality Bonnie Dintwa. The contestants are rated by a panel of judges based on crowd reaction, energy, punchlines and creativity in challenges and using props.

The ‘guest of honour’ for the roast will be controversial hip hop artist ATI. In an interview with Time Out ATI expressed excitement about being on the hot seat. “I’m an outgoing person. Growing up, we used to make fun of each other, I love jokes! So I’m ready to be roasted and laugh at myself,” he said.

Asked for his views on comedy as a part of the entertainment industry, ATI’s has hopes, “My participation in the Comedy Roast is in support of unity because united we can grow each other. We have a lot of creative people in Botswana who need to express themselves, so my hope is to see the comedy industry grow into a sustainable industry,” the young rapper enthused.
Time Out caught up with one of the finalists Tulani, who says that stand up comedy is something he has always wanted to do and would like to do it full time but is unable to do so as the industry is still in its infancy. Commenting on how his comedy style is different from that of the other finalists, he says, “I’m just a wild card. I am strong at accents and impersonations. I try to be neutral and deliver jokes with substance that people can relate to such as water shortage, unemployment and personal experiences, keeping in mind the crowd as the crowd is at times diverse in culture and race.” 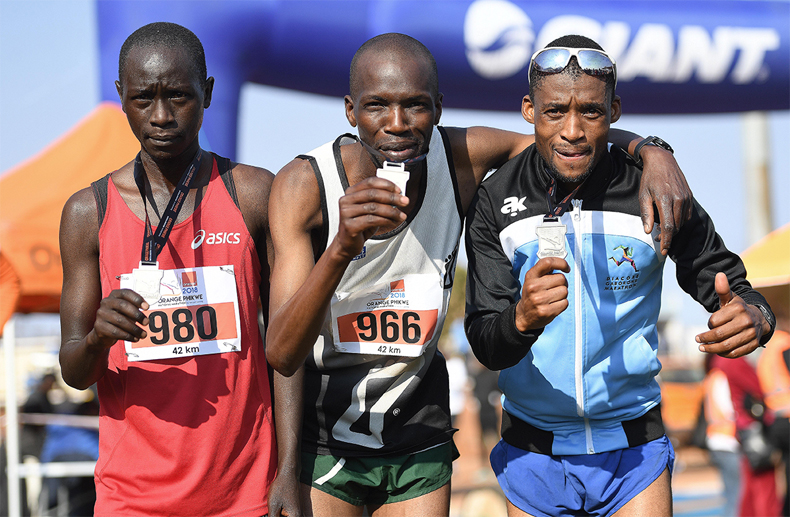