After jetting off to Germany on the 27th of August to showcase their collective talent as well as promote their new album, the Kalahari Roses which is a collaboration of Botswana’s renowned artists made up off Nnunu Ramogotsi, Kabo Leburu, Kabelo Tamukate, Rose Motshediemang, Norbette Volker, Marcus Reich Peter Hermann and Kearoma Rantao definitely left their mark on German audiences. Speaking exclusively to Time Out from the city of Habitzheim, the band shared their myriad of experiences in what is proving to be a successful run for the music collective.

“Our first show was on the 30th of August in Mainz, Frankfurt. This was the place where music legends such as Paul Simon, Elton John and Sting performed and it was humbling to perfom in the same venue.  The show was very well attended with a hall packed with an audience to remember. The Mainz crowd is known to appreciate music and everyone at the show started dancing to our music from the first to the last song. It was simply amazing,” said Kalahari Roses songbird Kearoma Rantao.

Their second show on the 31st was at Lohnberg, a cultural centre and place where various artists from across the world showcased at. “It was a totally different environment from Mainz in terms of crowd.  It was older but still appreciative   because they loved the rhythm of our music. Before the show we got to meet the Mayor of Giessen city, Dietlind Grabe-Bolz who gave us a warm welcome,” Rantao said.

Their third show was on the 1st of September in Otzberg Habitzheim. “We stayed at beautiful old vintage farm which has the same weather as Botswana and were hosted by the Prince of Habitzheim, Felix Lowenstein and the Mayor of Otzberg, Karl Ohlemuller. The crowd was just blown away by our music.,” Rantao explained.

The Kalahari Roses lead guitarist, Kabo Leburu said they were doing very well in Germany as they always receive a positive response from the crowd at all their shows. “My song Kalahari Bluegrass’ is a hit here. The people love it and I even got encouraged to put down my guitar and show them my dance moves, botshururu as they would call it at home,” he jokingly said.

“This past weekend the Loherstrasse Kulturerfest show in Fulda was the most successful show with more than 5000 people attending,” Leburu revealed.

The Kalahari Roses are scheduled to perfom in music festivals in Lohnberg, Hofgut, Habotzheim, Kassel, Wetzlar, Fulda, Marburg and Lic. 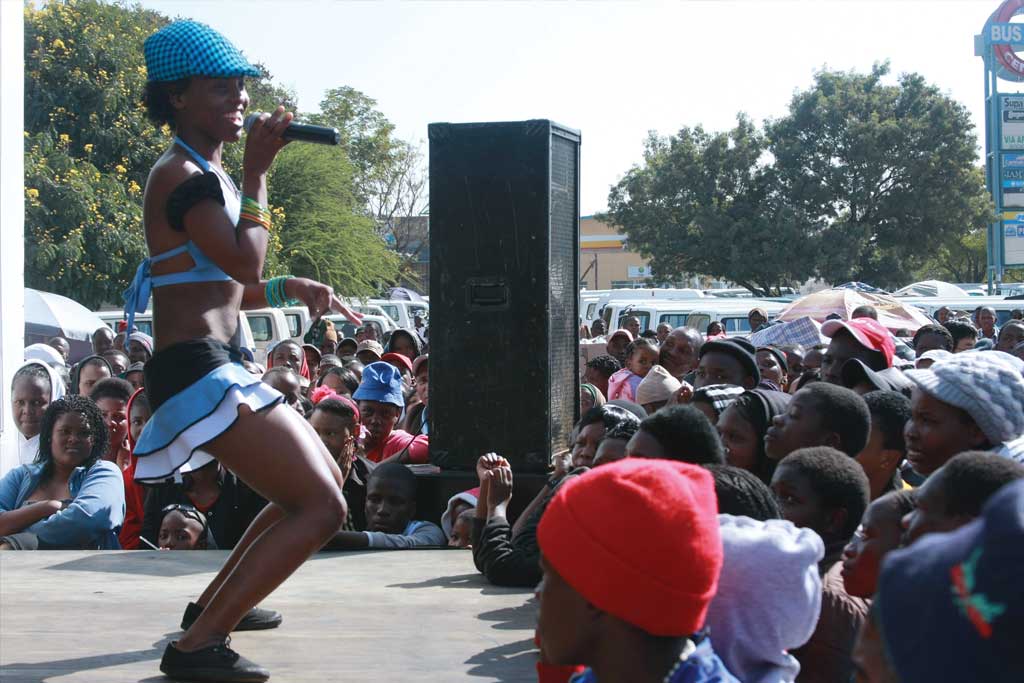