October 26, 2020 Admin
Home»Entertainment»Love and the nature of humanity
Entertainment/Latest News

Love and the nature of humanity

The just-ended Valentine’s Day (February 14th) marked a day in which love for one another—and especially love between couples—is celebrated in many Western and Westernised countries. Meanwhile, news bulletins around the world are announcing fresh, spine-chilling killings by militant “Islamists” in Denmark and Nigeria. Nothing better illustrates the dichotomous nature of humanity: the capacity to both love and hate. The latter case is interesting because the physically enacted hatred towards others is ostensibly spurred by the extreme love for, and desire to protect the dignity of, the Prophet Mohammed and all that he was sent to teach.

The thrust of this article is not to pontificate on whether, in the Danish case, plain insults in the name of free speech should be avenged or not—nor, in the Nigerian case, whether the mission to create a region ruled by Sharia law is a legitimate campaign or not, but to attempt to discern whether many relationships today are actually based, nominally or not, on love.

Being an avid listener of Sunday ballads in various radio stations, I was freshly struck by the old Abba song “The winner takes it all”. The song is basically reiterating the truism that, in love, the rule is that there are no rules. Indeed, “all is fair in love and war” sayeth the maxim, and therefore the loser should not complain. In other words, if a person falls in hopelessly in love with another, to insist that they must forget the other and love you exclusively instead is to swim against the current. No one can tell the heart what to feel if it is not inclined to it. Similarly, an army general cannot cry “Foul! Unfair!” when the enemy’s strategy has caught his troops napping!

Does this mean that anything goes in love and war? Beginning with war, I remember many years ago talking to a former schoolmate of mine (then a second lieutenant—a newly promoted officer cadet; now a major-general) about paratroopers (soldiers dropped by parachute into enemy territory). I light-heartedly, jokingly, remarked that although I understand that there is a Geneva Convention ruling that it is a war-crime for the enemy ground troops to shoot at the paratroopers while the latter are still in the air—where, of course, they are sitting ducks—“but why wait for them to land just so that they can kill you? I’d just mow them down!” He laughed heartily and replied “It is not the best attitude to actively hate the enemy, you know; you will lose focus. It is better to keep one’s cool and treat them with some respect because you are both fighting for something—and both of you are told that it is for the right thing.”

Ultimately, then, not everything is considered fair in war. Nerve, poisonous, or disease-filled gas is banned; use of nuclear weapons is prohibited, as is the rape of women (or anyone else) in conquered enemy territory, the military targeting of civilians, and the use of child soldiers. There is always something that is considered below-the-belt even in the hostilities of war.

What about in love? Is everything fair in love? Can we legally fault someone for wooing a person out a relationship with another? Can we legally stop that person? In the case of unmarried couples, if the targeted person is not demonstrating enough resistance to the charms of the wooer, the deterrent has to come in the form of something other than legal action. And picking a fight is not the best solution. With married couples, I have read of situations where a wife has sued a husband’s lover for breaking their marriage and the matter was heard in court. This, I reckon, is a tricky path if the husband was an all-too-willing partner. It takes two to tango.

At the end of the day, since marriage is basically a legal contract with economic implications, “damages” money can indeed be sought by the aggrieved party—perhaps including certain matters of delict like loss of dignity, emotional trauma, etc. Relationship-wise, while the couple are still married, all that family and friends can do is advise them. But if the couple separates or divorces, there is nothing the law can do to stop the once-illicit relationship from continuing. Adultery itself is a civil and not criminal offence. So, at the end of the day, it all comes to whether the invisible glue that bound a couple together stays adhesive or not. What is that glue?  What is love, and why does it so often fade away or turn to bitterness and hatred?

My own take is that there are a few basics that cannot be ignored. First is that no-one owns anyone else—at least not their emotions. Of course, there are books and movies like the just-premiered “Fifty Shades of Grey” which explore the possibility of mentally enslaving someone such that the dominant one can elicit any emotion, any compliance, from the weak one at will, but that is largely theoretical and speculative. It can, and has, happened of course: but a very powerful and very weak personality would have to opportunistically conjunct—or the domineering personality would have to whittle down the other to almost nothing. In reality, most people feel what they are inclined to feel.

Secondly, no-one has to love you; it is a voluntary gift from the other. One can demand respect, but not love. Both can be earned, but love remains a gift. This brings to mind a difficult question: can relationships survive mainly on mutual respect with little passion between the couple? Actually, that is how marriage traditionally was in many cultures around the world. In fact, most marriages were arranged and the couple-to-be had little or no say in the matter. Many people still believe that love has little to do with romantic passion—that may fade as you get used to one another—but rather truth, openness, selflessness, and diligence. In short, the good, solid, human values that make one pleasant to be with in the first place. This, I believe, is the right approach.

There is, of course, a mysterious “ingredient X” that is often peddled by many a romantic novel: the notion that two people can meet who are “made” for each other; for whom no-one else will do. This, I suggest, is not something people should either wait on or count on. When two people meet who are light-of- heart, quick to forgive, and have zest for life, they will grow into each other and make so many memories together that it would not be worth their while to start over with someone else. That, I believe, should be the aim of every couple.

In Victorian England times—where our forefathers first adopted many of the values they then passed onto us—there were different demands placed on different “classes” of  people, and few ever crossed the class boundary line. Very little demands were placed on the working class. Since most of them were struggling to make a living, wealth—or the lack thereof—did not obviously play a major role: most probably married because of genuine attraction to one another. Attraction itself is a multifaceted beast, but few people—even the “lower” classes—will want to live with an idler. The poor tend to understand that they have to work hard together and stick to each other.
Next on the social rung were the middle classes of which there were three bands: lower middle class, middle class, and upper middle class. The middle classes married mostly to maintain the family name. Since this was where most professionals: doctors, lawyers, architects, government bureaucrats, etc. were to be found, reputation was the key to livelihood, and marriages were carefully arranged to ensure that certain minimum standards of living would be maintained. The concern with reputation, in turn, fostered a much stricter approach to life, with fewer cases of scandal and a greater proclivity towards moral rectitude.

The next significant band was the aristocracy. Everyone bowed, genuflected and kowtowed to them, but they had looser morals. An aristocrat was supposed to marry someone of their class, produce an heir, and then later each can do whatever they want provided it was discreet. Elaborate social balls were the hub of flirtation and “illicit” affairs that were mostly kept firmly within the privileged set.

Even in Botswana today, we can still see glimmers of this. Today, just replace “royalty” with “successful businessperson”. The poor and uneducated marry not for money but attraction and family ties; the middle class aim to keep their social standing; the aristocracy are generally fussy about “pedigree” but were well-known for their dalliances with common women. Economics continues to play a significant role in eligibility. One of the principal ingredients of attraction, no doubt, is the economic standing or prospects of an eligible partner. Sadly, though, many marriages based purely on that end up lonely and loveless.

In pleasant, functional relationships, do partners or spouses need constant “I love you” reminders—even a Valentine’s Day? This, I noted, is neither our culture, nor is it Victorian. It is very much Hollywood, the chief shaper of values today. The Setswana saying is “O se e latswe bobe e tswe bololo (do not overdo things)”. Eventually the words become an unthinking recitation. Love is like a flower with delicate roots. It should not be pulled out every now and then merely to see if the whole plant is doing alright. Like life, it is simply to be lived and enjoyed in the moment. The best reassurances come not through repetitive verbalisations, or demands for such verbalisations, but in the eyes, the smile, and the effort one puts into pleasing the other. You know something is right when you can still lose yourself in the other: become that person even as he or she is talking…

Love and the nature of humanity 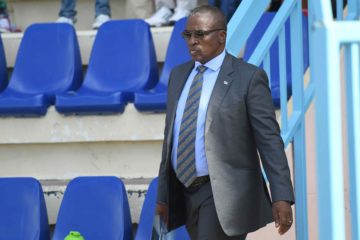