It was a night of glitz and glamour at Gaborone International Convention Center this past Saturday night as Botswana A-listers, artists and music enthusiasts thronged the Yarona FM Music awards (YAMAs) which saw MMP Family walk away with three awards.

When they were announced as Song of The Year winners, the group seemed puzzled, with the drealocked P less the most delighted,“Lebala ka Nna is a composition of two lovers whose relationship had arguments, cheating acts and ended up bitterly, while one of them tries to fight and salvage their relationship the other partner is not interested. This is only our second album which had hit singles such as problem child, makheneke, mogolo lapeng, we are basically trying to inspire other guys out there to release albums and produce quality songs for people out there,” he said.

P less further revealed that they were working on their third album which will be released next September, pleading for patience from their anxious followers, “We are busy in studio preparing for our third album, fortunately I am in no position to disclose the name of the album but it is going to be one of our finest,” he said.

MCs for the night, Yarona Fm’s Zizi Panther and famed comedian Bambino left the crowd in stitches dishing among other jokes one about Olympic Silver medalist Nigel Amos’ popular Vine Krusher. To the amusement and joy of the crowd, Amos showed up in ripped jeans and a Nike t-shirt alongside DJ T-izzy when he was performing his single Nigel Amos.

Also in attendance was fashion guru Thobo Kearakwe who was donning a Keno custom suit with a gold studded blazer, while controversial local poet Berry Heart made a grand entrance with the Elite Energy Drink Limo wearing a metallic gold jump suite which accentuated her fabulous, long legs.

While some stars showed up in very daring choice of outfits, TimeOut spotted some stars who needed to be arrested by the fashion police. Among them was Monnamogolo Sidney Baitsile who wore baggy jeans and a grey blazer.

The implications of Brexit on Botswana 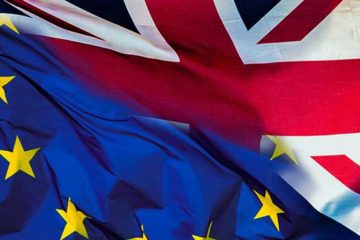