World Supermodel 2014, Nature Inger this past weekend took part in the 61st edition of London Fashion Week (LFW),which showcased about 78 designers on a schedule that boasts some of the world’s most powerful creative talent.

“I took part in London Fashion Week on the 21st and the 22nd of February 2015. I was selected to model by about ten designers, including Botswana’s very own Sela Motshwane who is the founder of the amazing brand ‘Touch of Africa’ which is now based in London. I have been the main face of the Touch of Africa brand for the past year and when I found out the brand would be showcased at London Fashion Week 2015, Motshwane and I became passionate about the idea that the Tswana brand should have a Tswana face open the show!” Inger told Time Out.

She went on to say castings for London Fashion Week had already been done months earlier and getting into the show was no easy task. “But the organisers seemed impressed with my portfolio and my walk (sent via video email) so I made it into the show and was able to open for Touch of Africa and also model for numerous international designers with the honour of being first face for three of the collections that I walked in. I would like to give special thanks to the amazing team at The Ministry of Youth, Sports & Culture who have gone through tremendous trouble to ensure that I am happy and continue to build my career and my personal brand, with special thanks to Jacob Sekgoni who has supported me every step of the way!I will be coming home to share more stories about the fashion week,” she added. 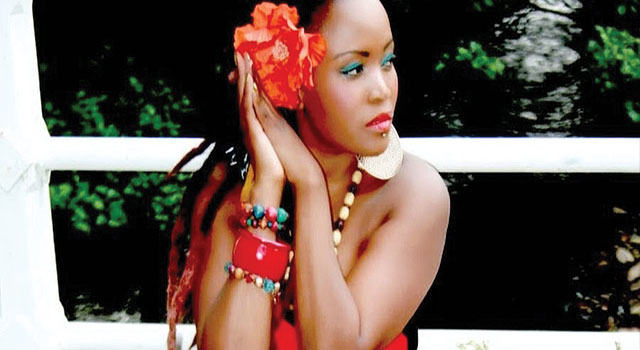