Re Batswana Music Ensemble left the country this past Sunday with only six vocalists from the initial nine to kickstart their European tour. According to the director of the ensemble, Soares Katumbela, they have received minimal support from organisations which led to four members of the ensemble dropping out.  The music ensemble was formed last year December and consisted of singers; Banjo Mosele, Socca Moruakgomo, Kearoma Rantao, Lister Boleseng, Ndingo Johwa, Nnunu Ramogotsi, Punah Gabasiane, Samantha Mogwe, Berry Heart and Shanti Lo.

“The support locally was poor. We dropped proposal after proposal to seek financial assistance from different organizations to no avail. As the tour dates were drawing closer we then ended up buying air tickets for ourselves because we believe in our dream of taking Botswana’s music to international stages. Unfortunately, due to the lack of funds we lost four members; Berry Heart, Kearoma Rantao, Socca Moruakgomo and Shanti Lo had to remain. We had also planned to have a farewell show in Botswana before we leave but that could not happen because of lack of funding,” he told Time Out.

Katumbela said despite the financial challenges, they have managed to book an additional show in Geneva Switzerland with dates and venue to be revealed soon. On the 30th of September, Re Batswana Music Ensemble will perform at Musikaliska Theatre in Stockholm, Sweden. The performance will coincide with Botswana Embassy’s commemoration of Botswana 49th Independence celebrations.

From there, the ensemble will travel to Olso in Norway. They will on the 4th of October perform at the Cosmopolite Theatre Hall. They will then return to Sweden for their final performance at the World Culture Museum in the City of Gothenburg on the 10th of October. Upon return, Re Batswana Music Ensemble plans to take their performance to selected towns and cities in Botswana.

Re Batswana Music Ensemble comprises of a variety of genres which include traditional, folk, afro Jazz and contemporary music of Botswana. Their showcase consists of a repertoire of original compositions by the musicians and carefully selected songs of cultural and historic significance to enlighten audiences about Botswana and some of its cultural practices.

“To document the show, we will film a live performance, to be distributed as a DVD. We will also produce a documentary film of the tour, a CD to include original compositions by the musicians, and a promotional magazine,” explained Katumbela.

HT makes a comeback with ‘Makgonatsotlhe’ 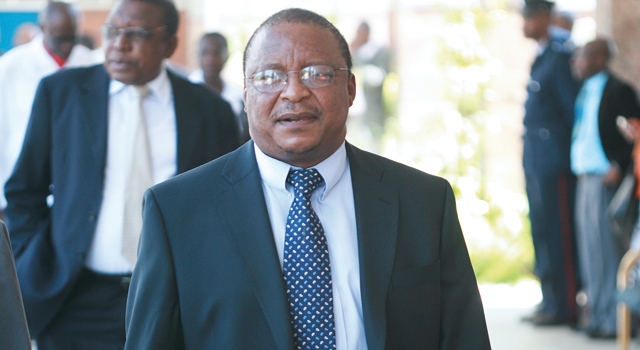