On Saturday night, Botswana Craft was filled to the brim with patrons who had come to relish the finest of Botswana’s smooth sounds at the lauch of Samantha Mogwe’s debut album, ‘Transitions’. The star studded line up featured Lister Boleseng, BK Proctor, Gaone Rantlhoiwa  and Amantle.

Each one of the performers transported the revelers to different places with their electric performances and the crowd screamed and whistled in appreciation. The climax for the evening was Samantha’s grand entrance. Clad in a long yellow couture dress, she moved with great elegance. Samantha dished out her popular tracks, Loud, Remember Me, and You, to a lot of screams from the crowd. The highlight of the songbird’s performance, which sent revelers on a frenzy, was when she sang her famous single, ‘Transitions’, and the crowd sang along. Samantha has it all; a beautiful face and body, and to top it all off, she is exceptionally talented. Some sections of the crowd stood frozen in awe, either of the songstresses’ looks or immense talent. She closed off what was a show to remember on an equally high note.

Talking to TimeOut after her performance, Samantha expressed satisfaction at the crowd turn out and that she has finally released the long anticipated album. “The support from Batswana has been phenomenal ever since I released my single ‘Transition’. I’m impressed by the numbers that turned up today,” she said. Describing the music in the album, Samantha said it was an array of emotional music which touches on a number of themes; love, gender based violence, and a celebration of being an African. Further, she explained that her music is predominantly Rhythm and Blues, with lacings of Soul. She did not rule out the possibility of exploring other genres of music in her next project.

“I really enjoyed working on this album. My producer, Tshepo Lesole is an inspiration. Working with the likes of Sasa Klass was really an amazing experience for me, she is so talented and I am a huge fan of her craft. Maybe I would try rap music one day,” she laughed. Samantha also features Zeus and Frankly in the album.

Quizzed on why she took so long to release a full length album, Samantha responded that she wanted to deliver good quality music. “I am a perfectionist, so we work in songs for a long time to perfect them. To keep the momentum going, I produced singles to build up the hype for the album. We had actually recorded 20 songs and we chose to cut them down to 14 because I wanted to release an album that is worth buying,” she explained.

“The album is currently only being sold at the Botswana Craft. Musica has not yet brought it to Botswana funny enough, it is still being reviewed in South Africa. So people can get it from Itunes for now,” she concluded. 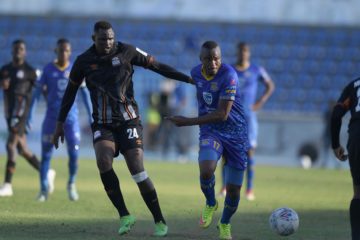