West Africa’s music industry has grown tremendously in the past few years producing internationally acclaimed artists who have dominated the music scene with their consistent repertoire of hits and they have graced world class events and scooped coveted awards around the globe. TimeOut caught up with the Nigerian stars, The Marvins and Flavour and asked them their secret to staying ahead of the pack. The Marvins, who are a Nigerian record label, houses one of Africa’s most successful female artist, Tiwa Savage and record producer, Don Jazzy. They told TimeOut that their success derives from passion and hard work.

“Of course the music initially starts as a hobby but if you work hard enough, keep yourself focused as an artist surely the money and fame automatically come. Even though luck can be on your side at times but you have to have a very focused team, keeping it original, have brilliant lyrics, a thorough research of what the market wants and carry a lot of experiments but make sure you don’t become too creative and lose the plot. Producing quality staff also matters,” Don Jazzy told Time Out.

For his part, the Nwa Baby, Adamma and Oyi hitmaker, Flavour shared the same sentiments in a separate interview stating that, “You may be getting involved in the music business because you love music, but a lot of people flock to the business because they think it’s just a nonstop party. While there are certainly plenty of opportunities to have fun when you’re working in music, but the key words are hard work and commitment. Starting in the music scene is always not easy, people do not know you and they are just waiting to be blown away by whatever you are bringing them. You have to be a hard worker because this is a do or die business. Be dedicated and only seek the best in whatever you do to produce a track or album and make sure to deliver exceptional quality because people hate substandard work.”

Even though they expressed that they do not know much about Botswana’s music scene they are always willing and happy to collaborate with Batswana artists as well as perform in the country in the near future. “I will grab every possible opportunity for collaborations and performances. I was in Botswana in 2001 and one Motswana artist who caught my eye was a guy by the name Zeus if I am not mistaken,” Flavour said. 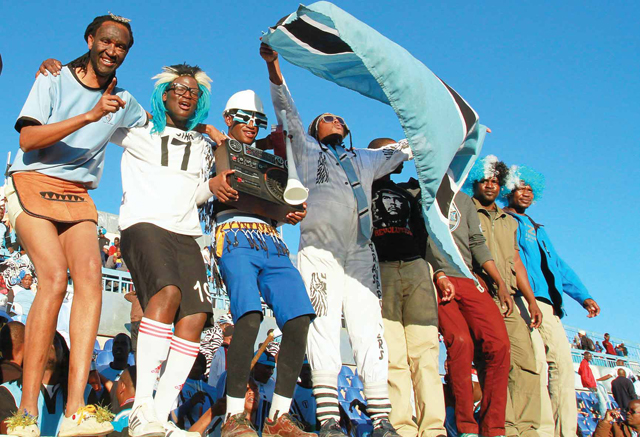