The recent announcement that the youth inclined radio station Yarona FM will host music awards has caused excitement in local entertainment circles. The Yarona FM Music Awards (YAMA) slated for the 22nd of November at GICC will recognise and celebrate excellence in local music as well as form part of the station’s 15th Anniversary celebrations.

Yarona FM’s station manager David Moepeng said the awards underlined the station’s commitment to the development and growth of a vibrant and commercially viable music industry that goes back to their early days. “Botswana’s music industry has made tremendous strides since 1999 when we gave promising musicians like Vee, Scar, Zeus and many others a chance to be heard. Today most of these artists have built successful careers and it is these achievements that we want to celebrate. Yarona FM’s contribution to the growth of the music industry has come in many ways including live talent shows such as Sprite Rap Activity Jam, Scramble for Africa, play listing unreleased music and sponsoring artists to release albums. We believe our efforts over the years have been successful and that the time is right to celebrate,” Moepeng said via a press release.

Nominations and the selection process will be based on the station’s playlist and chart show and nominees will be announced on 22 August. A committee has been set up to monitor and assess the process according to the set criteria. The public will be allowed to vote through SMS lines in the different categories.

The following categories will be featured in the YAMA’s: 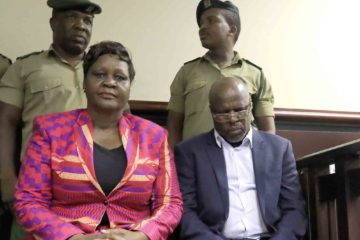