It has come to be known as the biggest teen movement in Botswana. From a bi-monthly magazine, to weekly radio shows on Yarona FM and RB2, a Facebook page over 24000 likes, and a Twitter as well as an Instagram page, the SKY girls campaign was even recognised at this year’s Ideas Expo Segai Awards for outstanding and successful social media campaign. SKY is a community of teen girls between the ages of 13 and 19, who have taken the SKY pledge to be true to themselves and make choices that are best for them. SKY stands for Shapo Ka Yona and Sure Ka Yona, forming the acronym SKY. Though SKY, the girls support each other in saying Sure Ka Yone to the things they love like music and fashion, and saying Shapo ka Yone to things they do not need, such as smoking and backstabbing.

The national football team, the Zebras, are the latest unit to come aboard SKY, to show their support for SKYGirls in their quest to stay true to themselves and make choices that are right for them. ‘Dipitse Tsa Naga’ as they are affectionately known, took the time to interact with the SKY team, learn more about the SKY magazine and take the famous SKYpics. The Zebras team, including coach Butler showed their support to the movement by wearing the pink Sky wrist bands which symbolise a special dedication to protecting teenage girls around the country.

Lorato Tebogo, one of the coordinators of the Sky campaign shared that for the team it was a big deal and a great milestone for the most celebrated men in the country to take the time, particularly during preparation for AFCON games to interact with the Sky team and see how they can make a difference. “The national soccer team wanted to find out what the Sky Movement and is about so they took a day out to spend with us learning about the campaign and interacting with the team. The hope is that in the future they may get involved with the movement at a deeper level. But at the moment wearing the Sky wristband speaks volumes as well to get the message across in support of the girls,” she said.

Other male personalities that have caught the SKY bug include Rapper and Prime Time Life presenter Thuto Melo Pheto, Euri, King Tux, Loungo from Flava Dome and Mdu of Yarona fm fame among others.

The SKY team started a nationwide tour this weekend, titled SKY Xpress Yourself Tour, which kicked off in Francistown on Saturday, graced Phikwe on Sunday, hit Serowe on Tuesday and will on Tuesday the 2nd of December be in Palapye, Wednesday Mahalapye and ending the tour in Gaborone this Friday. The tour Tebogo says is a response towards a call by the SKY girls across Botswana asking them to visit them in their home towns as most of the activities have been centred in the capital city. The tour will feature performances and appearances by local personalities known as Friends of SKY, including Euri, Sadi of Flava Dome fame, Khumo Kgwaadira from RB2 top 40 & Property for you, DJ Anthem, Melo from Prime Time Life, DJ Kells, and Elte; Acts by SKYGuys and the SKY Girls themselves showcasing different talents as well as pledging for new SKY Girls. 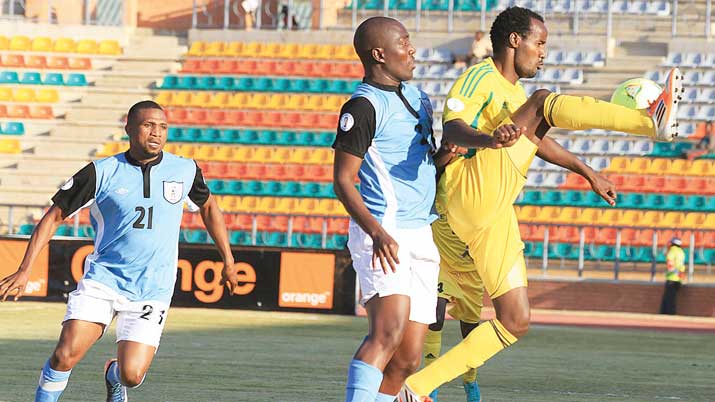