My work as an actor and writer has always been a private exploration of personal questions for myself, albeit on the global stage with millions watching. Such is the paradox of art production and art consumption. Whether that is good or not, the unintended but very welcome consequence of this self-exploration is that my work now functions as cultural outsiders’ entry into modern Botswana. What do diplomats make of such stories that aspire to connect countries?

More important for me, my work – across theatre, literature and film – holds up a mirror to modern Botswana. Effectively, my audiences around the world have, in how they read my self-exploration, driven me towards being a deliberate cultural diplomat. That is where my headspace is right now: cultural diplomacy.

The world is hungry for stories of Botswana that speak of our humanity and not just our beautiful animals. The world wants to learn about Botswana’s export narratives that recount our history instead of exclusively marketing minerals. But cultural diplomacy is an often overlooked facet of activities undertaken by governments and diplomatic missions. In my opinion, for a diplomat to succeed, he or she must be clear what cultural context they come from and what cultural context they are hosted in, they must have a part of their diplomacy that goes beyond trade and politics.

To get more insight, I spoke to the new Ambassador of Germany to Botswana, Her Excellency Margit Hellwig-Botte. She and the embassy are commemorating 30 years of German Unity this year, a historic day that came a year after the fall of the Berlin Wall in 1989.

DM: In what ways is the German Embassy in Botswana marking 30 years of German Unity this year?
MHB: We would have loved to celebrate with a big party and plenty of guests in the garden of our Residence but unfortunately that was not possible due to COVID-19. The German foreign ministry had decided this year that German missions should not celebrate the day of German Unity physically so that we do not contribute to spreading the virus. That meant all over the world, all of a sudden we all had to become very creative and do digital events. So, at the German Embassy in Gaborone, we opted for a video that included Germans and Batswana who spoke about why they think that the day of German Unity on 3rd October and the fall of the Berlin Wall on 9th November 1989 still mattered. Some of these views were very personal, others more strategic, some about everyday life, others about political issues. I was very happy with the video to which you, Donald, have contributed a lot as you and Letlhogonolo Moremi were very instrumental in putting into pictures what we wanted to express. For those who have not yet seen it, just go to our Facebook page @GermanEmbassyBotswana.

DM: Why is it significant that German Unity was attained peacefully?
MHB: I think it set a signal to the world that it is possible to achieve high flying and important political objectives in a peaceful way. You should remember that in 1989, despite glasnost and perestroika and the opening of the Eastern Bloc, the Cold War was still very much around. The two German states were full of weapons and tanks and rockets. And the East German Government was of course not happy that their people were taking to the streets, organizing protests and talking about freedom of movement, freedom of speech and all that. So things could have gone sour very fast. But this did not happen as the East German Government did not mobilize the army, the Soviet Union of Mikhail Gorbatechev was supportive of a peaceful solution as were the Western countries, especially the US under George Bush I and France and its President Francois Mitterand.

DM: Botswana and Germany have had diplomatic ties for more than 50 years now. What have been some of the milestones of the Botswana-German diplomatic relations so far?
MH: Since 1966, the Republic of Botswana and the Federal Republic of Germany have enjoyed excellent bilateral relations. We are partners in the United Nations and we share the same values and principles. Both our countries strongly believe in multilateralism– even more today because we think that only through increased global efforts can we counter the negative impact of the COVID-19 pandemic on our economies. And we both believe in regional integration, Germany as member of the European Union and Botswana in SADC. Both countries are also partners within the framework of SADC as Germany and the EU are the biggest contributors to SADC programmes which benefit all countries of the region.
DM: As president of the Upright African Movement, I am interested to hear whether the diplomatic mission has been involved in educating young Batswana in preparation for their entry into the workforce. Can you please speak a bit about those efforts?
MH: Yes, for quite some time Germany and Botswana have been partners in vocational training. The Association of German Manufacturing Industries, VDMA, the Botswana Chamber of Mines and the Construction Industries Trust Fund have partnered for a joint project to create a highly skilled workforce in the areas of control engineering, hydraulics and mechatronics. This is important for the mining sector but also beyond. German Development Cooperation, GIZ, is involved in another project which focuses on labour market orientation of technical, vocational and educational training, TVET, in Botswana. In addition to that, GIZ also provides technical assistance to the EU budget support programme focusing on TVET reforms. I am totally convinced that empowering and skilling young people and fostering talent, creativity and entrepreneurship are the way forward not only for Botswana but for any country with a young population. Therefore, I am looking forward to learning more about what drives the creative young minds in Botswana.
This interview was conducted by Donald Molosi with Ambassador Margit Hellwig-Boette in commemoration of 30 years of German unity (since 1990). It was also conducted on the anniversary of the coming down of the Berlin Wall on 9 November 1989. 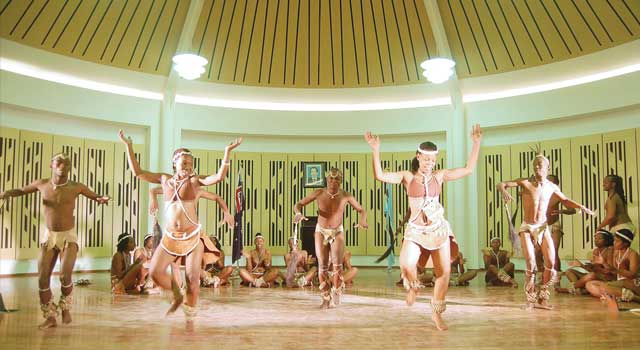