At a hostel for dozens of pregnant women, impoverished widow Sharmila Mackwan weighs up her decision to carry twins for another couple — her only ticket out of poverty — as the government moves to close India’s multi-million dollar surrogacy industry.
She has left her own children at an orphanage for the whole nine months of her pregnancy because her contract stipulates she has to stay at the housing facility, which is attached to the hospital she will deliver at in western Gujarat state.
She also knows the 400,000 rupees ($6,000) she will eventually earn for safely giving birth to the twins will change her family’s fortunes. But authorities are planning to ban the controversial commercial practice — dubbed rent-a-womb — due to concerns women are being exploited.
“Surrogacy should stay as otherwise I would have never been able to save so much money even if I had slogged all my life,” said Mackwan, who plans to use the money to send her sons, aged 9 and 12, to school and to build a small house.
“I am quite scared as I am carrying twins for the first time. But what can I do? I am just hoping God will take care of me,” the 31-year-old added, as she eased into a chair at the hostel’s dormitory, where some 60 women sleep in beds side by side in spacious rooms.
Mackwan, who is four months’ pregnant, is among about 2,000 mainly poor Indian women who earn a relative fortune every year carrying babies for others. After opening up to surrogacy in 2002, India became a world leader in the multi-million dollar industry, with hundreds of foreign couples flocking for cheap and safe services.
India tightened rules surrounding the industry in 2012 by barring gay couples and single people from using such services. Last November authorities instructed surrogacy clinics to stop accepting overseas clients.
‘Nothing immoral’
India’s 2,000-odd clinics charge couples between $20,000 and $30,000, a fraction of the price in the US and other Western countries, while offering modern technology, skilled doctors and a steady supply of surrogates.
But Foreign Minister Sushma Swaraj said such services were being misused, with the proposed new law aimed at protecting the welfare of the women. “Many so-called childless couples were misusing the wombs of poor women. It was a matter of great worry because there were instances where a girl child or disabled child have been abandoned soon after birth,” she said.
The proposed law, which still has to be passed by parliament, sparked an outcry among couples desperate for a family, along with heated debate in India about the ethics of hiring out a women’s body.
At a busy private hospital in Gujarat’s Anand town, which has become India’s surrogacy capital, fertility specialist Nayana Patel warned of the dangers of banning, instead of regulating, the industry.
“Anything you try to ban totally will happen underground. People will find other ways and means and that would be even worse,” said Patel who has helped deliver 1,124 babies over the years at Akanksha hospital.
Patel also said the ban would deny scores of poor women “a lifetime opportunity” to financially improve their lives. “She is not doing anything immoral. She is not breaking a family, she is making a family and when she is doing such a noble deed who are we to point a finger at her and say you are selling your womb,” Patel told AFP.
At the hostel attached to the hospital, Mackwan can rest and her diet and health are monitored to ensure a safe birth. The stay away from her home town also offers a reprieve from the social stigma of being a surrogate. She concedes she is concerned about her sons in the orphanage but feels she made the right decision to carry twins for an Indian couple.
“My drunkard husband killed himself just before I delivered my (own) second baby. My in-laws threw me out and I had no one else to turn to,” said Mackwan, who normally earns a pittance undertaking odd jobs.
Exploitation
Health experts say many that choose to become surrogates lack basic safeguards — such as medical insurance if something goes wrong during pregnancy. There have been reports of illiterate women being pressured into signing contracts they don’t understand.
Sutapa B. Neogi said surrogates are often impregnated with multiple fertilised eggs to increase the chances of pregnancy. Abortions are performed if more than one pregnancy takes hold.
“Every abortion poses a health risk to the mother besides obviously the psychological trauma,” said Neogi, an additional professor at the Delhi-based Indian Institute of Public Health.
Under the new law, only married Indian couples will be allowed to opt for surrogacy and only then by using an unpaid close relative, said Swaraj. But 26-year-old surrogate Jagruti Bhoi and others at the hostel criticised the government, saying it knew little of the decisions facing poor women.
“It is easy for the ministers to sit in their plush offices and make decisions for us poor,” Bhoi said. “In our hearts we know we are doing something that will help our families and also those sisters longing to have babies of their own.” (AFP)

Pastor Steven Anderson- A litany of Hypocrisy over Free Speech 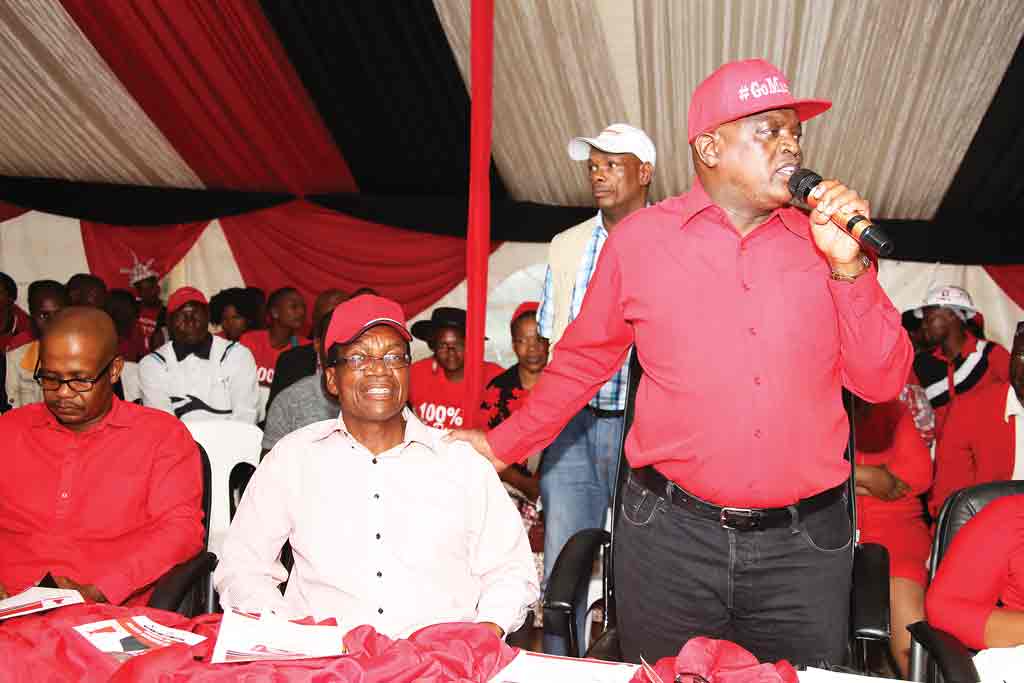