Churches are often considered safe spaces that welcome all humanity, but for LGBTQI Christians who have been harassed, abused and tossed out their doors, churches can represent a painful source of spiritual pain and starvation, writes GOSEGO MOTSUMI.

Most churches promise to lighten the burdens of 21st Century believers, but many in Botswana fail to meet the needs of everyone who walks through their doors. Despite religious leaders preaching acceptance and love for one another, queer-identifying individuals still often suffer from religiously motivated abuse or are left out in the cold to endure spiritual starvation.
Reverend Tshenolo Madigele, LGBTQI affirming religious leader and lecturer in Theology and Religious Studies at the University of Botswana, defines spirituality as someone’s connection and association with God. This includes private religious life and beliefs, as well as public devotion.

“Depriving LGBTQI people an opportunity to associate with God is a way of starving them spiritually,” she says. “The Church should be urged to concentrate on finding ways to live together faithfully in the midst of disagreements, recognising the God-given mission and communion that we share as members of the body of Christ. Jesus never despised people because they were different. He brought those who were different closer to him.”

Madigele points out that as Batswana, we have the rich guiding principle of botho, which emphasises living together as a community where everyone is guided and protected from abuse and discrimination. She says churches in Botswana disregard this principle and their duty to show concern for individual members and incorporate them into the community of God.

“The model of love that was introduced by Jesus as found in the New Testament broke the boundaries that divided the community. If the same model can be employed now, the walls of division would not be reinforced and those who need the attention would be reached. Christians should therefore appreciate the work and will of God as revealed in that of Jesus. The Gospel of Christ is liberating and inclusive. It is the Gospel of love, not hate. It is a therapeutic gospel that whispers healing, not harm.”

Seventy-two percent of Batswana are Christian, the majority of them Protestant, according to surveys conducted by the Pew Research Centre’s Religion & Public Life Project. But while some Christians have opened their hearts to their LGBTQI people in the spirit of an inclusive gospel, many remain homophobic and trans-phobic. Some homophobic church leaders preach that God commands Christians to rebuke and exclude sexual and gender minorities. Their powerful influence over congregations contributes strongly to the discrimination, hatred and violence that LGBTQI people face.

A May 2018 report titled, “The Impact of Laws criminalizing same-sex Relationships in Botswana,” published by the United Nations Development Programme, Southern Africa Litigation Centre, and Lesbians, Gays and Bisexuals of Botswana (LEGABIBO), showed that LGBTQI persons in Botswana experience stigma, verbal harassment, ridicule and abuse from their families, communities, co-workers and others. This behaviour is echoed and arguably legitimised by derogatory statements that political and religious leaders make in public.

As far back as 2008, in a shadow report to the United Nations Human Rights Committee, LEGABIBO cited numerous examples of hate speech by political and religious leaders in Botswana who stated that homosexuality was not just unlawful, but foreign to the culture of Batswana, shocking, “unethical and unbiblical” and “barbaric” in terms of social norms, religion and culture. Fast forward to June 2019 when Botswana decriminalised homosexuality in a landmark High Court ruling. President Mokgweetsi Masisi signaled his support for same-sex relations in a speech he made in December 2018 when he said LGBTQI citizens deserve to have their rights protected. LEGABIBO applauded Masisi for publicly speaking out in support of LGBTQI people.

“We are incredibly grateful to hear our sitting President speak openly and publicly on the need to protect those in same-sex relationships who have been violated,” LEGABIBO said in their press statement. “We are pleased that you named aloud the violence that members of our community suffer in their daily lives.”

But despite legal progress in Botswana, religious discrimination continues. Thabang Bareki, whose name has been changed to protect his identity, is a gay Christian man who has had both good and bad experiences with Pentecostal churches in Botswana. He grew up singing in his family’s church choir where he found great joy, peace of mind and sense of purpose. As he grew older, Thabang felt the need to forge his own spiritual path and was introduced by a friend to a charismatic church in Gaborone.

“One Wednesday, after attending the church faithfully for a month, the pastor picked on me from the crowd. He said I needed to be delivered from the spirit of homosexuality that possessed me. I felt darkness come over me the moment he laid his hands on me in an attempt to pray away the gay, ultimately pushing me to the ground. All this while the congregation was cheering him, and all this was being televised. I felt humiliated and traumatised. That was my last time at that church,” he says.

After that incident, Thabang stayed away from church completely for some time. “I felt empty, spiritually starved and worldly pressures weighed down on me,” he recalls. “Fortunately, I had supportive friends who encouraged me not to give up on God. Today I am happily in a church where I don’t get weird stares. I am not treated differently and I receive the love that everyone else receives. Most importantly, I am living a meaningful life.”

Thabang now attends a LGBTQI-affirming Pentecostal church in Gaborone where he is openly gay. But other LGBTQI persons often prefer to remain invisible and undetected in church for fear of further stigma and oppression, maintaining their relationship with God by denying a part of themselves. A lesbian Christian woman who identifies as TheeFairest Mirror who believes she was called to preach the gospel says the warm welcome she once received in church turned icy when she disclosed her sexuality. “I ended up leaving because I felt I was the odd one out for the reason that I was overlooked for assigmnets in the church,” she says. “I stayed two years without dating because I felt that I needed to stay pure from this ‘sin.’ I have tried to fight it, asked pastors to pray for me and even had a child to try to straighten myself out, but it has not worked.”

Mirror has been on the hunt for a church that will accept her in Gaborone to no avail. She now watches online sermons and reads her Bible at home. In December she will attend a training in Durban, South Africa organised by the Global Interfaith Network for People of All Sexes, Sexual Orientations, Gender Identities and Expressions where she will learn to train other pastors on the importance of inclusion in the church.

“I just want churches to accept that we are here and also need God,” she says. “I have been spiritually starved. I have had a friend who was kicked out of the praise and worship team because she was lesbian. I have seen LGBTQI couples who couldn’t go for counselling at church because they are not accepted. With the training I am going have, I would like to see all those who gave up God because of similar situations coming back to serve.”

Sethunya Baaitse, whose name has also been changed to protect her identity, is a Christian transgender woman who stopped going to church five years ago when the church she grew up in did not welcome her transition. As a long standing member, she was due for a new role as a deacon. “I had always thought of my church mates as family,” says Baaitse. “I opened up about my identity before assuming this role. I really did not know what to expect but it did not go well. My ordainment date was ‘postponed’ and I was told by church elders that I could not serve in the church until I made ‘things right with Christ.’ They flat out told me I was no longer welcomed in the church until I return to my ‘normal senses.’”

She hopes to one day find space that will accept and allow her to serve in the church. “I believe I was born to lead,” she says. “I have tried to convince myself that I don’t need the church, but there is a void that I can’t seem to fill with anything else.”

But while South Africa has churches that are exclusively for sexual and gender minorities, most LGBTQI Batswana interviewed by The Botswana Gazette who have been ‘excommunicated’ by conservative religious institutions say they prefer inclusive churches to churches exclusive to the LGBTQI community.

According to a report by The Other Foundation’s 2017 tiltled “Silent No Longer! – Narratives of Engagement between LGBTI Groups and the Churches in Southern Africa,” the greatest desire of most LGBTQI people in southern Africa is not securing legal rights, important as they are, but gaining the acceptance of their families, communities and churches. They acknowledge that many churches are among the most virulent drivers of the homophobia and transphobia, which prevent LGBTQI people from enjoying rights and acceptance.

But despite deep-seated homophobia and transphobia in Botswana, there have been some positive pronouncements over the years leading up to this year’s decriminalisation ruling. Former president Festus Mogae has been particularly vocal about the need to protect the rights of LGBTQI persons. In June 2014, Botswana also backed the African Commission on Human and People’s Rights resolution on protecting persons from violence based on their sexual orientation or gender identity. In September 2016, former president Ian Khama ordered the deportation of American pastor Steven Anderson for spreading hate speech against LGBTQI persons.

Black and Raising Daughters in a Brutal Men’s World 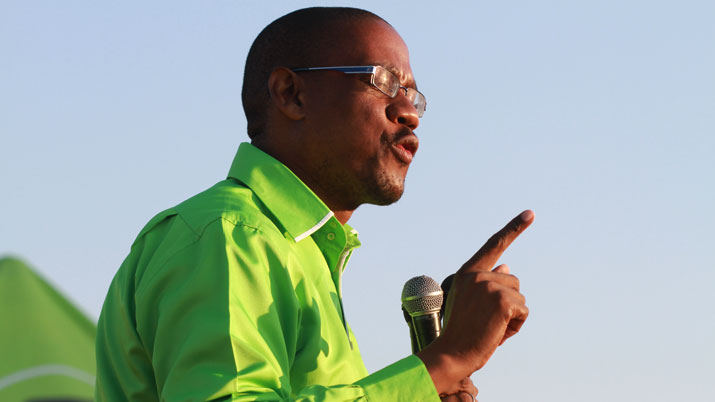