Civil servants will have to wait for at least another two months before they know whether they are going to get a pay increase this year.
Finance and Development Planning Minister Kenneth Matambo told Parliament in his Budget speech on Monday that Government has made an offer to the public sector unions in the Bargaining Council.

Despite the financial risks faced by Botswana, Minister Matambo said: “We hope that the negotiations by the Bargaining Council will be concluded and an agreement reached, before the beginning of the next financial year, so that public servants are not disadvantaged.”

In a flat, uninspiring speech the Minister flooded the house with financial statistics and did not make any significant announcements in areas such as taxation and cuts in Government spending.
Despite a gloomy global economic outlook, Botswana has managed to achieve modest growth of 5,2% last year, and the Minister is projecting a similar increase for 2015. Government expects P1,23 billion surplus on revenues of P55,38 billion.

“BPC loses over P 1 billion”
The biggest share of Government’s proposed spending on development projects over the next 12 months – close to P13 billion will go on water and power with both Water Utilities and Botswana Power Corporation racking up multi-million Pula losses. Because of the failure of Morupule B, Botswana has been importing most of its power from neighbouring countries resulting in a P1,3 billion loss.
Apart from spending P1,62 billion on roads and telecommunications infrastructure, the BDF is going to get the lion’s share of the P1,32 billion to be spent on security and defence development projects. The BDF’s home Ministry is also going to get close to 14% of the recurrent budget – money needed to pay for day to day expenses such as salaries, maintenance of equipment and travel – amounting to just over P5 billion, up by 10% compared to last year.
Government will be spending close to P400 million on Old Age Pensions and P350 million on care of orphans.  Spending on combating HIV/AIDS and poverty eradication through social support programmes like Ipelegeng continue to be high priority spending – with the HIV/AIDS programmes taking close to 2% (P1,1 billion) of Government spending.

“Corruption remains a challenge”
Minister Matambo highlighted corruption as being one of the major challenges facing the country. He said: “Despite accolades received by the country on good governance by reputable institutions such as Transparency International, corruption remains a challenge in Botswana. Achieving economic and social development will therefore require continued efforts to address this scourge. In this regard, Government will be: reviewing legislation, where necessary; increasing anti-corruption education; and promoting partnerships in the fight against corruption.

Vision 2016 and Beyond
Although the Minister was silent on whether or not Botswana will achieve the United Nations Millennium Development Goals (MDG) by the end of this year, he says Botswana has signed up for the UN’s proposals for the 15 years up to 2030. Similarly, Minister Matambo was very quiet about Vision 2016 and whether Botswana will meet these objectives.  He did , however, announce that  there will be another Presidential task force to develop post 2016 objectives.

Privatisation and out-sourcing will remain high on Government’s agenda with the privatisation of Botswana Telecommunications and the National Development Bank scheduled for the coming 12 months. The outsourcing of maintenance of Government properties will also be accelerated during the next 12 months.
The Minister noted that the performance of Botswana’s parastatal organisations was uneven during the past year. However, BTC, BHC and NDB continued to post profits. He was also pleased to announce that BMC had returned to profitability making a P273 million profit in 2013 compared to P237 million loss in 2012.
Overall, the Minister said that despite the challenges in the global economy, Botswana had weathered the financial storm reasonably well, with foreign exchange balances amounting to 18 months of imports and Government reserves held at the Bank of Botswana now amounting to just over P31 billion 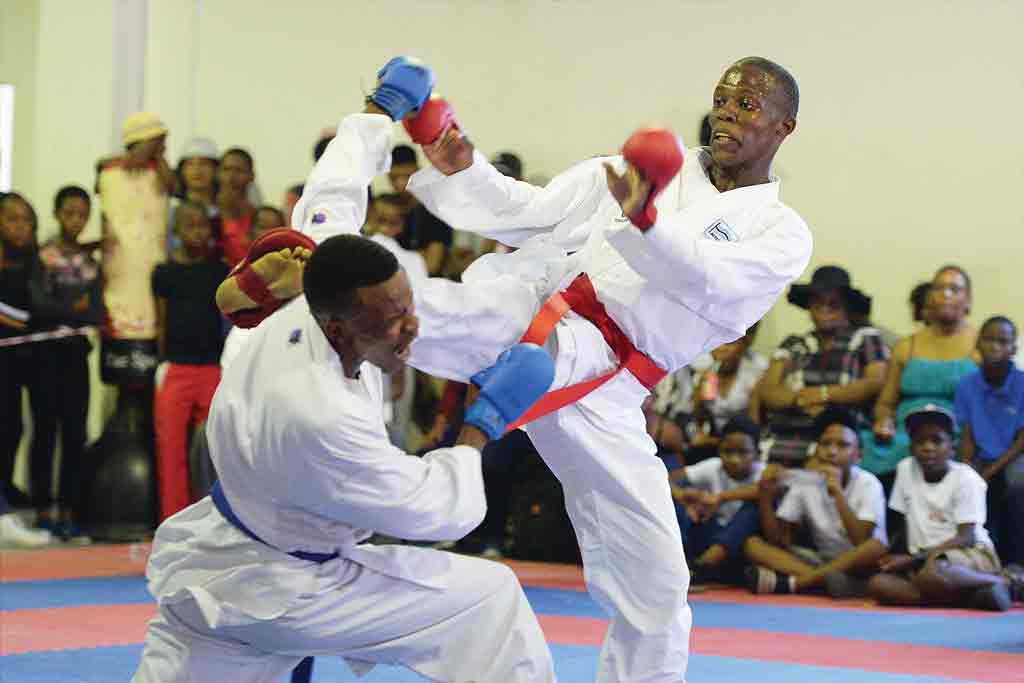