Botswana’s Assistant Minister of Trade and Industry, Sadique Kebonang recently returned from Addis Ababa, Ethiopia where he attended the 9th Conference of African Ministers of Trade. A press release from the Ministry of Trade states that the conference was meant to, among others, discuss issues relating to renewal and extension of the African Growth Opportunity Act (AGOA). The Assistant Minister was accompanied by then Permanent Secretary, Banny Molosiwa and Chief Negotiator, Phazha Butale.

Around 11 companies rushed to participate in AGOA when it was first introduced in May 2000. However, the number has dwindled over the years as there is currently only one company from Botswana participating in the initiative. Because of AGOA, the value of exports to the US for the period 2001-2008 increased from $2.2 million to $16.6 million. However, there was a decline after 2008 as some companies closed down because of the economic recession. Botswana companies have failed to take advantage of AGOA because of lack of raw materials and complications arising from US rules of origin. Studies have also revealed that Botswana companies have limited production capacities and have not adequately diversified their products.

The Botswana Exporters and Manufacturers Association (BEMA) has also complained that the parameters set in AGOA are too stringent. BEMA has also challenged government to incentivize production to mitigate against high input costs.
“Botswana must adopt production based incentives, capacity building incentives and lower import duties. More assistance must be given to manufacturers,” said BEMA.
However, Botswana will campaign for AGOA to be extended when its term expires in September 2015. Earlier this year, government announced a P20 million lifeline for the textile industry, in the form of a wage subsidy based on the existing Ipelegeng wage rate. The stimulus package is meant to assist companies with wages, boost operational efficiency and improve productivity. In 2012, government and BEMA developed a textile industry strategy through which South African chain stores would buy from local raw cloth retailers and manufacturers. The strategy aims at developing a globally competitive textile clothing sector, increasing domestic, regional and international market share for Botswana’s textile industry, increasing innovation and creativity, promoting entrepreneurship and improving access to finance.

At its best, Botswana’s textile industry was a huge generator of revenue and one of the biggest employers, especially of women. The textile industry also has huge prospects of empowerment, as employees who are trained in-house can use their skills to make a living outside their work places. For many years the textile industry was the biggest export revenue earner after diamonds and copper/nickel. At its peak in 2005 the textile industry employed 10, 000 people and 7, 840 in 2007. The figures slumped to 6, 600 in 2008 and 6, 134 in 2009 as the global economic recession began to bite. By 2009 it was clear that the sector was in trouble. Government threw the sector a P38m lifeline and employment figures immediately shot up to 7, 442 in 2010-2011. In the same period, Carapparel single handedly exported US$14.9m worth of goods under AGOA, and it was the only company in Botswana that was exporting to the US. 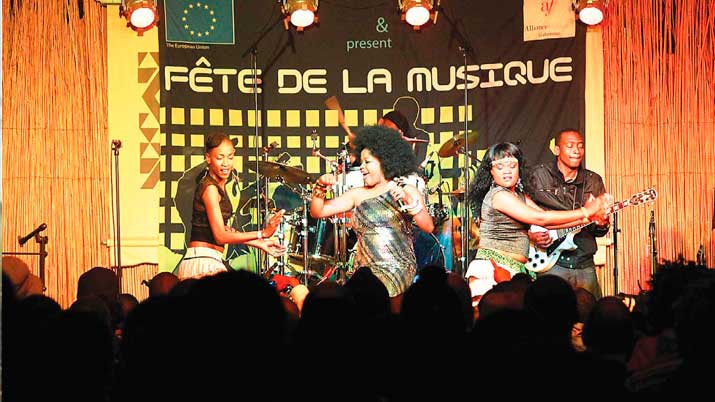