Palapye is steadily becoming the go-to place for the hottest and biggest shows in the central district. This coming weekend, the Palapye 21st Grand Fest will add to the list of many other successful shows hosted in the small town.
The music festival will be held on the 21st December at Botsalo Cresta Hotel from 12:00hrs until late. The show will feature a “crazy line up” with SA’s HHP as the main  act and a chain of Batswana acclaimed artist the likes of Stagga, Mosako, A.T.I, and a full local line up of local Djs including Groovie Souls, Cyrus  the Virus, DJ Fiction, Anonymous as well as upcoming house DJ Bakito.

Event manager Marang Webb shared in an interview with Time Out that, “this is going to be a one of a kind show and I hope to host it annually. I chose Palapye as the venue because this is my hometown and I know the people and what they want.” Webb indicated that it will   not only be the Palapye fun lovers that they are targeting to attend the show, but as well as people from surrounding areas such like   Selibe Phikwe, Serowe, Dibete and as far as Francistown.

Palapye has recently hosted the Orange 555 Monyaka Tour, which reportedly attracted over two thousand revelers; a show which featured Culoe De Song, Groove Cartel and Team Distant as some of the acts. Last year’s festive season saw other big names such as South Africa’s kicking house man Dr Malinga, Black Coffee, Vetkuk vs Mahoota and the much loved Mi Casa gracing the small humble town.
Tickets to the show go for P80 pre-sold and P150 at the event. Accommodation packages are also available at P600. 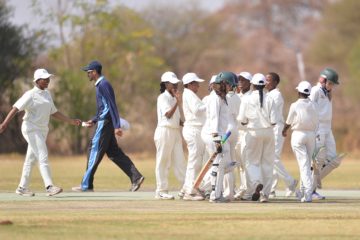