Scores of Batswana are still getting their hard earned money siphoned by investment scams from all around the world, says Richard Harriman of the Consumer Watchdog. This alarm comes on the back drop of several investment schemes that were designed to solicit funds from Batswana promising healthy returns, only for them to vanish into thin air with those funds.

Post 2008/9 recession, a company by the name Stock Market Direct (SMD) was opened to much fanfare in Gaborone. It promised direct online trading on the Johannesburg Stock Exchange for individual investors thus cutting out the ‘middle man’ being the Stock markets traders. SMD garnered customers very quickly as people bought into the software and trading information that the company sold them. They also took in investment money and according to media reports, the company vanished from Botswana with P3 million of investment funds from multiple individuals.

Eurex Trade was another one of the investment schemes that hit Botswana. They promised up to two per cent daily returns on online trading and became very popular, according to Harriman. However, it was to be short-lived as very few of those individuals who had invested in it got their returns back. More than half of the individuals who had invested in the company lost millions of Pulas (combined) of their investment funds. Like SMD, after much media attention, the trading website shutdown and investors never got any information about what happened to their funds.

Harriman said both these two major scams were smart in their approach as they avoid regulation by any of the financial regulating authorities in Botswana and across the world. He said that there is a perception that people who get swindled by these are either uneducated or not smart. “The truth is that it has nothing to do with intelligence, many are educated and have knowledge about how money works, however, greed becomes the driving force behind the investment and no logic is applied,” he said. He said despite the available information about potential returns in money markets, people continue to believe in unrealistic returns projected by these scams.
After the collapse of Eurex Trade, media reports indicated that Merriam Matambo, the wife of the Minister of Finance and Development Planning was its biggest promoter and she defended it when quizzed about it. Mrs Matambo reportedly said that she was happy with the returns she got from the P100, 000 she had reportedly invested.

It was however, the Consumer Watchdog that called it out first and several months later a lot of people were left without their funds which added into millions of Pula, according to the advocacy group.
Harriman said even after such financially tragic scams, people are still getting caught up. “Currently, there is X Forex, the big one at the moment. It is a binary trading scheme,” he said, adding that after they carried their investigation on the company, they found that the address they had claimed is theirs in Switzerland was an apartment address, and the one listed in Cyprus was also of a residential building with hundreds of registered scam companies.
Three Link Connection is another ponzi scheme that the watchdog has uncovered. They allegedly buy goods from China and sell them in Botswana at a profit. The catch is that people are encouraged to deposit money into a bank account in South Africa as an investment in the scheme and get returns from the sales. However, this never happens as the investment returns are never paid out nor the initial investment returned.

Harriman said the promise of swift returns in a slow economy seems to be driving people to lack the critical thinking when it comes to these scams. “There is need for more public education on these scams,” he advised. He said people should be sceptical in approaching investment schemes and ask themselves “why wouldn’t large institutions and the Bank of Botswana invest in them and make large returns?” 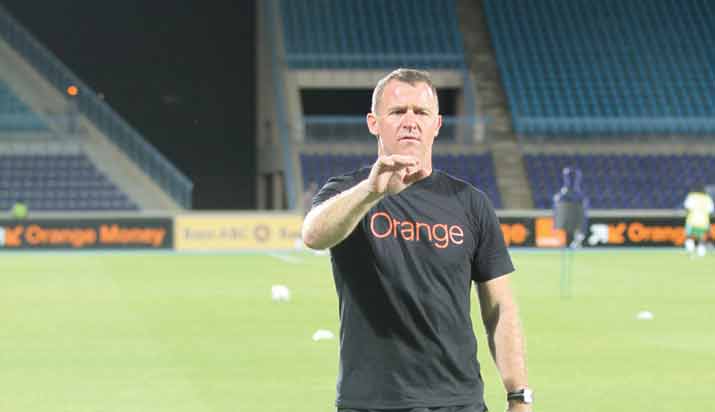