Members of the Botswana Congress Party (BCP) led by former Boseja Central Ward Councillor in Mochudi, Mentu Modimakwane are determined to snub their party in 2014 and vote for the current ward Councillor, Mpho Morolong of the Botswana National Front (BNF), who will be contesting with the Umbrella for Democratic Change ticket.
According to Modimakwane, they will do so because they know Morolong and trust him more than they can trust BCP’s Tshepang Mokotedi. “How are we supposed to trust someone whom the government has lost trust in? He was a police officer and got fired. It is disheartening that the area Member of Parliament, Isaac Mabiletsa came with him (Mokotedi) from Gaborone to contest the elections in our area. We do not recognise him because he was favoured. Mabiletsa fought with everything to make sure that Mokotedi wins the primaries. In the end, the people of Boseja Central do not know him,” he said.

Modimakwane believes that if the issue is left unattended, the BCP will vanish in the ward. “We need someone that we know, someone with a good profile. Someone cannot be chosen just because he is the MP’s right hand man, that on its own breeds incompetency. We need someone who can represent the people of Mochudi,” Modimakwane said.
He said he doubts the credibility of the outcome of the primaries in the ward, saying that “Some of the people who voted during the primaries did not have party membership cards; some of them registered for elections in other constituencies but voted in Boseja Ward. We were told that only those who had registered for the 2014 general elections would be eligible to vote in the primaries and it was a must that they bring along the party membership cards but in the end those who did not have them voted,” he said.

He further said that there was nothing to prove whether the voters were members of the BCP or not, “so there is a high chance that people from other political parties might have voted in support of their friends to win the elections. Some voted with expired membership cards. These are some of the things we are not happy about.”
Despite their concerns, Modimakwane said they did not protest the outcome of the results for the sake of progress and peace. Reached for comment, Mokotedi said none of the candidates have ever shown any concern regarding the outcome of the primaries. “If they were not happy they could have written to the party office about their grievances. Section 21.5 of our primaries rules and regulations provides that if there is any complaint, it should be forwarded to the party office within seven days,” he said.

Mokotedi added that if they decide to vote for BNF in the coming elections that simply means they are not the members of the BCP. “A member of the BCP is one who will accept defeat. I am not threatened; they do not control the voters. The members of the BCP will vote in 2014 and they will vote for the BCP,” he added.
Makhura said that he did not receive any complaint or protest from either Modimakwane or any BCP member from Boseja Central Ward. 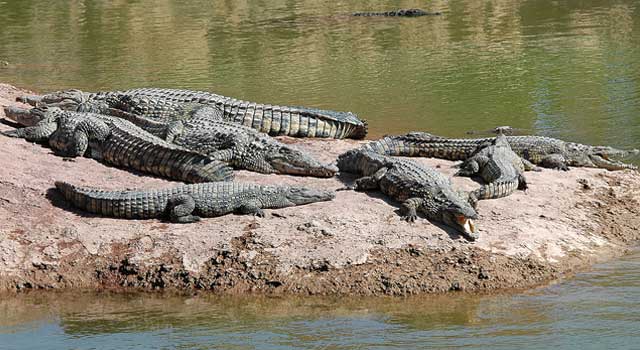