The Botswana Congress Party is pleased  with the number of people who voted in the first phase of their primaries which took place over the weekend in the Northern part of the country, according to party  Publicity Secretary, Taolo Lucas.

This year, voters  in the BCP primaries were required to also bring their national voter registration cards,  which Lucas said was a first for Botswana politics.
“It inculcates an appreciation of the culture of registering to vote as an essential part of elections. In terms of the numbers we got in the primaries, we are happy because it reflects the number of people who have registered to vote, so we are going to build on them,” he said.

“We ran regional workshops to update people on new provisions of the primary elections regulations,” Lucas said. He added that they printed 100, 000 flyers and distributed them around the country to further encourage registering for elections.

Lucas ran  unopposed in the Bobirwa constituency. Other parliamentary candidates who were unopposed included the incumbent Member of Parliament for Ngami Taolo Habano, Joseph Lubinda for Maun West, Dr Never Tshabang (Nkange), Dr Phillip Bulawa (Tati West), Dr Kesitegile Gobotswang (Sefhare-Ramokgonami), Montwedi Mokhurutshe (Lerala-Maunatlala) and David Tshere for Mahalapye West.
In constituencies where voting took place, MP for Okavango,Bagalatia Aarone won against  his counterpart Sam Kavindama with 3, 850 votes to 253. President of the BCP Youth League, Dithapelo Keorapetse will represent the party in Selebi-Phikwe West after winning by 598 votes. He was followed by Seji Wale, Nzwalingwa Nzwalingwa and Obakeng Kanthaga with 385; 262 and 116 votes respectively.
In Selebi-Phikwe East Kgoberego Nkawana garnered 710 votes, followed by Kgololego Kabelo with 375 and Benjamin Bagayi with 287 votes. Chobe MP, Gibson Nshimwe will again carry hope for the BCP after he beat his competitor, Oscar Maplanka with 499 votes to 355.

Lucas told Northcast that as of yesterday (Monday), the party had not received any complaints regarding the results of the primaries. He said that if any were registered, they would attend to them as and when they come in.
Political analyst, Leonard Sesa said that it would be an injustice to compare the BCP primary elections with those of the ruling Botswana Democratic Party because the former is still an upcoming party.
“In the BCP, there were a few constituencies which were contested while in the BDP almost all constituencies were contested for. BCP is still an upcoming political party,  therefore there is nothing much to talk about from their primaries. We give them credit for not having had any queries,” he said.

On the IEC voters register card, Sesa said,  “ It is a good and unique approach that will help the party to improve their numbers. I believe it will work for them.” He said that with the initiative, the BCP will be sure that the people who have voted in the primaries are likely to vote in the general elections.

Meanwhile, phase two of the BCP primaries (South of Dibete) will be held this coming weekend. Though Palapye is situated north of Dibete, its elections will also be held this weekend because they were not held last weekend as was scheduled. According to the party Publicity Secretary, the branch submitted the voters roll to the party head office late, hence the postponement.

The Empire strikes back 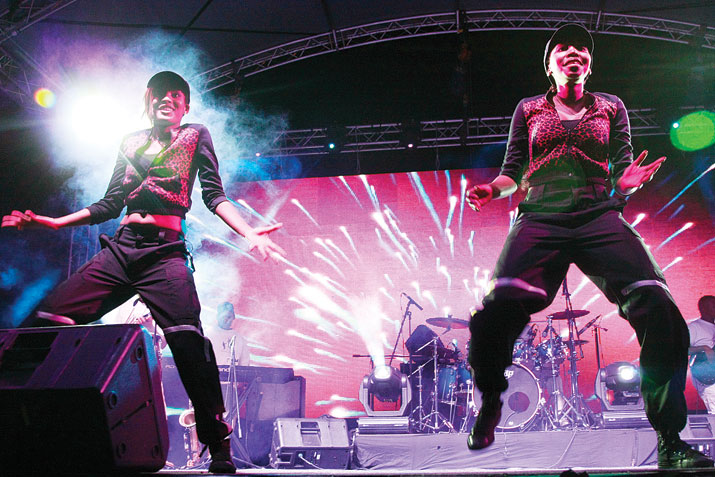