In June 2 2016, European Aviation Safety Agency (EASA) instituted a worldwide ban on the flying of Airbus Super Puma EC225/AS332 helicopters following a crash that killed 13 people in Norway in an incident that was later attributed to gearbox ‘failures’, The Botswana Gazette has discovered.
This ban is widely reported and attributed to a series of incidents linked to gearbox problems including a 2009 Scotland crash in which the rotor also flew off and 16 people died. Further reports also indicate that in April when its rotor flew off in Norway, 13 people died and the oil company said, “We have no plans to use this helicopter ever again, even if the Norwegian authorities decide to lift the ban”, Statoil spokesman Morten Eek had said in a press release.
Despite this ban which was only reviewed six weeks ago, in September during Botswana Independence Day celebrations fly pasts, the Botswana Defence Force (BDF) had already taken to the dry skies showcasing a just arrived white Super Puma EC225 helicopter which was later revealed to be President Ian Khama’s new VIP transportation.
Highly placed sources have also made startling revelations that the BDF is waiting for the delivery of four more brand new Airbus Super Puma AS332 helicopters by April 2017.
Their unit price is as high as P205 million (U$19.5 million) or higher depending on the different configurations, and four of them can cost the BDF close to P1 billion- factoring the gearbox customizations demanded by EASA before flight and transportation fees.
Britain and Norway are still maintaining the ban on the choppers while EASA lifted it on October 8 after Airbus said it contained a potential weakness inside the gearbox, EASA stated on their website.But the bans by Britain and Norway apply to the operators, who are regulated at a national level, and remain in force.
Airbus Group had told Reuters in October that market participants can expect that if EASA lifts (the ban), then it is good enough to resume.
“We fully respect the right of the UK government to exercise their individual assessment of the H225 and we’re working with the authorities closely to also have the flight suspension there lifted as soon as possible,” an Airbus Group spokesman had said. The EC225 is also known as the H225.
According to sources close to the Ministry of Defence, the military will be getting a variant of the Super Puma which is the AS332, slightly different from the P300 million VVIP EC225 helicopter the President received for Bot50 celebrations.
Defense Minister, Shaw Kgathi, had told Parliament that the BDF Presidential helicopter was purchased from the Spanish government as a second piece that is in a very pristine condition.
The Super Puma which has come under intensive criticism by European regulators will be used by BDF Air Arm as a utility and transport helicopter to move troops and their equipment to the different theatres of their operations, he explained.
In his response to President Khama’s State of the Nation Address last week, Leader of Opposition Duma Boko said that Khama’s military spending was extremely ill-advised and wasteful, telling parliament that there were over 500lb of bombs and F5 rockets that have gone past both their operational and shelf life without ever being used.
“This is military equipment that has set the country back by 300 million pula,” he argued.
Boko said that Khama had almost sparked off an arms race in the region by seeking to purchase F4 Phantom fighter aircraft, with inflight refuelling capability from Turkey, citing South Africa as having raised alarm and preventing the acquisition.
Currently BDF Air Arm has eight Bell 412 helicopters in service and are said to be reserved for use by Khama even though a second hand Super Puma was purchased for him. An anonymous military expert however argued that the Bell helicopters had aged as they are over 30 years old.
“The aging helicopters are becoming a difficult project when it comes to issues of maintenance and these can help in Anti-Poaching operations,” he claimed.
While the Air Force plans to re-fleet with Super Pumas, their manufacturer has highlighted in July financial results that show a $437 million full-year net loss due to their ban- that they will “remove from our fleet almost all H225 helicopters.”
The delivery of the Super Puma helicopters next year will be a prelude to several deliveries of military equipment. This will include air defence systems from France and several Piranha armoured personnel carriers (APC), from Switzerland as well.
BDF Protocol and Public Affairs Director, Colonel Tebo Dikole has not dismissed nor provided any substantive responses on the publication’s enquiry about the four Super Puma helicopters under acquisition for delivery in 2017.
Instead he only referred The Botswana Gazette to Kgathi’s response in parliament which did not address the questions raised.
This publication wanted the BDF to explain the procedure followed to procure the aircraft when the army already has several Bell helicopters- as well as the agents used in the procurement process.
On 9th November 2016 in parliament, Kgathi did not provide responses to Wynter Mmolotsi’s question on who the middlemen were on a similar procurement for the delivery of the first white VVIP Presidential Super Puma.
Kgathi had refused to field the supplementary question saying in order for him to provide answers, he had to make a fresh submission, which means he will have to seek information and provide it in  coming parliament sessions.
The chopper banned in some European countries arrived in Botswana aboard Antonov Airlines An- 124 transport aircraft. The aircraft has since been configured to VIP status before its delivery to the president. The helicopter has been registered in Botswana under BDF because the military is responsible to fly the president and it wears the serial OL1 as its new registration.
Leader of Opposition Boko has criticized these expenditures against poverty and unemployment and the collapsing state owned enterprises.

This publication gathered that the set stringent protective measures which enable the decision to allow these type of helicopters to return to flight include: 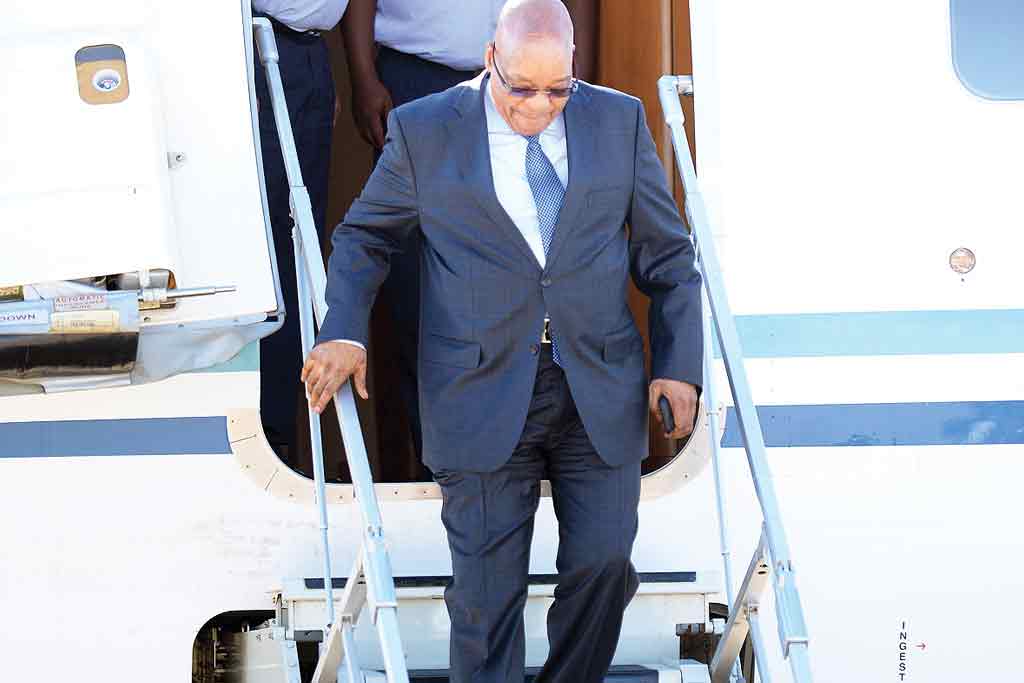