Employees of Morongwa Security earlier this week gathered before offices of the security company to protest unpaid wages and benefits. The security company is owned by Evangelist Fellowship of Botswana (EFB) Pastor and Member of Parliament for Tati East, Biggie Butale. The employees told this publication that they have not been paid for the past four months while others said they have not been paid for close to seven months. The employees, who preferred anonymity, narrated that on the 2nd of February they were presented with letters of termination of contract and on the 2nd of March, their last day of work, they were not paid their dues. To date, they said, they have neither been paid their notice pay nor benefits. According to the employees, 11 employees from the Molepolole office are owed money by the company and the office is closed.

The employees further explained that, “we have tried to reach Mr Butale without success. We have sent him a lot of text messages, we have called but he never responds nor return the calls. The Human Resources Officer also referred us to Butale.” Another further added, “this is not the first time we are going without pay, last year around August and September, when he was campaigning for elections, a good number of Morongwa Security staff went unpaid for close to two months and it was never explained to us why.”

Morongwa Security HR personnel, who insisted on anonymity, told this reporter that the complainants were all former employees of the security company. “All employees of this company have been paid. The complainants no longer work here and I have already told them to take the matter up with Mr Butale,” she said. As to whether the complainants had been paid their benefits and final pay, the HR Officer could not give any answers. “I don’t want to get into trouble, if you want more information please contact the employer,” she said.

When reached for comment, Butale, who said he was in Palapye, disputed allegations that the employees had not been paid and referred this reporter to a Mr. Watura whose phone was off and could not be reached at press time. “That is not true, I believe they have been paid. Since I got into politics I am not running the company so I am not really hands on in it, there is a manager that oversees the day to day activities,” explained Butale. 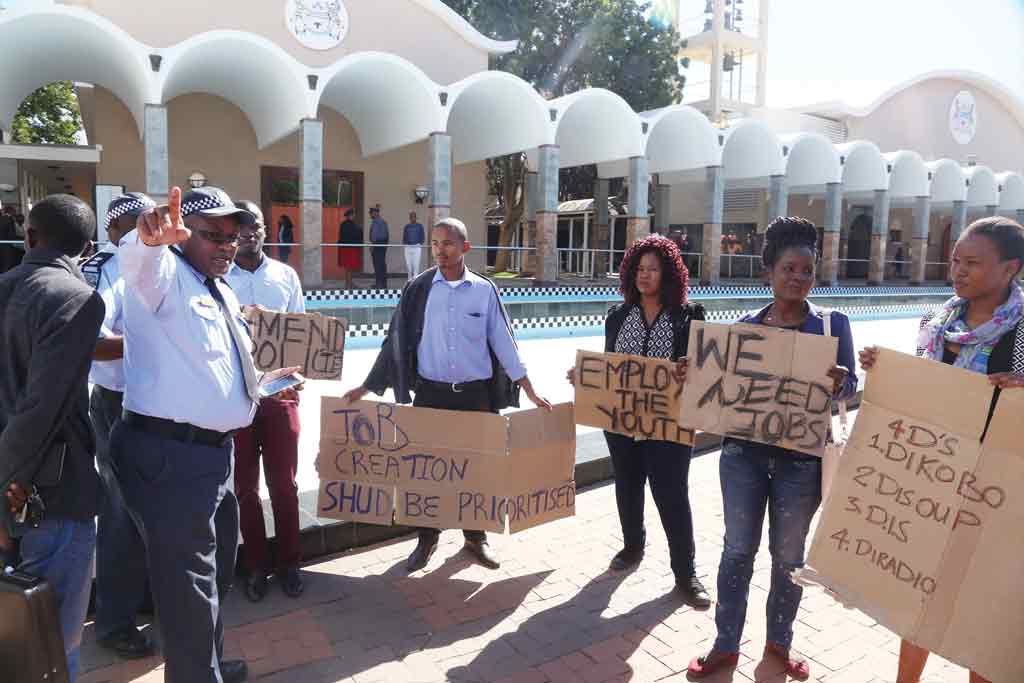